There Won't Be Any Game of Thrones Spin-Offs... Yet

The Night King in Game of Thrones
HBO
By Daniel White

There are no plans in the works for a spin-off to HBO’s wildly popular fantasy drama Game of Thrones, according to a company executive.

HBO programming president Michael Lombardo told Entertainment Weekly that the studio is open to expanding the Game of Thrones universe, but would need come with the right push from either author George R.R. Martin or showrunners David Benioff and Dan Weiss.

“Not knowing how this particular story ends, I don’t know. There are plenty of characters, secondary characters, [that] you could build a world around,” Lombardo said. We’re always going to be drawn to a strong creative vision. But we are not going to do that unless we feel their passion.”

Lombardo’s comments come after it was announced that Game of Thrones could possibly have a shortened final two seasons. The show’s sixth season is set to premiere at the end of this month.

When asked about a spin-off the showrunners said that producing the series is so time consuming that they haven’t even thought of doing a spin-off.

“No, we don’t talk about that stuff,” Weiss told EW. “The job at hand is too enormous and challenging to be further diffusing ourselves by thinking about spin-offs, and theme park rides, and ice ballets … but if anybody has a good pitch for a good Game of Thrones ice ballet, let us know.” 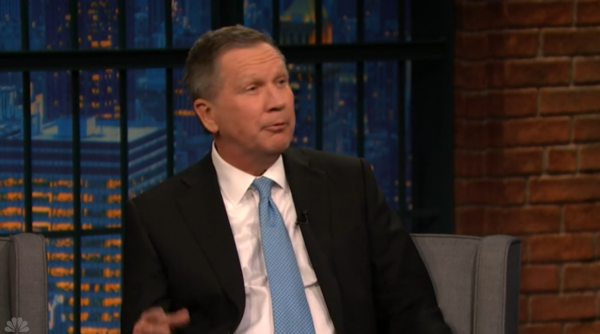 Watch John Kasich Defend Eating Pizza with a Fork
Next Up: Editor's Pick