A Big Change Could be Coming to Apple's App Store

Apple may be changing the way iPhone owners discover new apps in its App Store.

Specifically, the Cupertino, Calif.-based company is said to be exploring a system that would allow developers to pay in order to have their apps displayed more prominently in App Store search results, according to a report from Bloomberg.

This would mean when typing a term like “trivia” or “sports” into the App Store’s search field, developers who have paid to maintain a top slot would have their app shown above others in results. It’s similar to Google’s paid search model, and would create another way for Apple to make money from its App Store, which now houses more than 1.5 million apps.

Apple is also reportedly looking at other ways to improve the browsing experience in its App Store, although the report didn’t offer specific information or when to expect the changes. The iPhone-maker is said to have a “secret team” of around 100 employees working on the initiative.

Apple declined to comment on whether or not it is pursuing any changes to the App Store.

The report also comes about four months after Apple announced new leadership for the App Store by putting Phil Schiller, its senior vice president of worldwide marketing, in charge.

Although Apple has not confirmed any plans around future App Store updates, the significance of what such a change could mean for developers and customers is clear. If their apps aren’t prominently displayed in Apple’s featured section of the App Store, developers have a slim chance of their apps being seen. The paid search model would give app makers a better chance to turn their apps into viable businesses, while also giving Apple device users the opportunity to try apps they may not have otherwise discovered. However, a paid search model could also give an advantage to larger app makers with bigger marketing budgets. 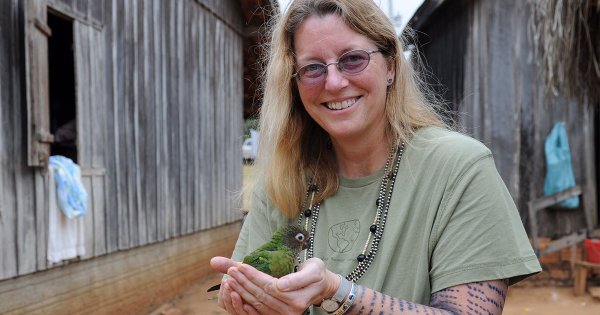 Meet the Google Executive Trying to Take On the World's Biggest Environmental Problems
Next Up: Editor's Pick