Thirty-thousand runners. One million spectators. Twenty six and two-tenths of a mile. For its participants and spectators, the Boston Marathon is an exhilarating numbers game—one that tests the grit, endurance and commitment of amateur and pro runners eager to finish the most prestigious race of them all. But the marathon, which celebrates is 120th anniversary this year, isn’t just a scenic (and grueling) run around the City on a Hill: It’s one of the events that helped define the modern marathon.

Not that the concept of the marathon has only been around since 1897, when the Boston Athletic Association hosted its first run. The legendary event is itself based on legend. The story goes that Pheidippides, Athens’ best runner, was enlisted to run 150 mi. from Athens to Sparta and back again, to enlist help for the city’s fight against an invading force of Persians. When the Spartans refused to help, he ran back to Athens to deliver the bad news. Or maybe Pheidippides ran from Marathon to Athens (a distance of about 25 mi.) to announce that Athens won the Battle of Marathon in 490 B.C.—then immediately died on the floor of the assembly. Nobody’s sure, and both or neither could be true. But somewhere along the line, both myths got tied together and the word “Marathon” became synonymous with running.

That wasn’t lost on the organizers of the 1896 Olympics, the first modern incarnation of the games. The games were slated to be held in Athens itself, and the newly founded International Olympic Committee was on the hunt for a way to tie them back to the glories of ancient Greece. A French linguist named Michel Bréal was friends with one of the members of the IOC, and in 1894 he suggested that the committee “try and see if a long distance run from Marathon [to Athens] could be organized.” Bréal felt that such a run would “emphasize the character of Antiquity.”

Bréal may have been influenced by a Robert Browning poem that portrays Pheidippides shouting “Rejoice, we conquer!” before dropping dead, just one example of the 19th-century’s worship of the classical age. Ancient Greek influence could be found in everything from architecture to music—why not athletics, too? Bréal personally financed the trophy for the first modern Olympic marathon, which was 25 miles long. (Appropriately, a Greek athlete named Spyridon Louis won with a time of 2:58:50.)

A year later, inspired by the glorious Olympic run, the Boston Athletic Association decided to celebrate its tenth anniversary with a marathon of their own. They decided to sponsor a run on Patriots’ Day, a New England holiday celebrated on the anniversary of the Battles of Lexington and Concord. The first run was 24.5 miles long and included only 15 runners; over the years, the popularity of the event grew.

As the marathon became a Boston tradition, the turn-of-the-century world was busy falling in love with long-distance running. The events were relatively cheap to organize, could be held in public and benefitted from the PR of the last-minute Olympic successes of runners like Dorando Pietri and Johnny Hayes, who persisted in the event in 1908 despite multiple collapses and challenges. Suddenly, marathons were all the rage, and amateurs began to try their hand at running long distances. Marathons began to be run on popular holidays when ordinary people had the day off to watch and, if they were brave, participate.

During the 1908 London Summer Olympics, the marathon length was changed to 26.2 miles after some length was added to the course to accommodate the Royal Family, whose viewing box would have otherwise been located on the wrong side of the finish line. The longer course became popular and was adopted by the IOC, and the Boston race eventually adopted it, too. Eventually, women joined the race, too. Despite fears that women could never complete the race without quitting, getting injured or dying, trailblazers like Marie-Louise Ledru and Arlene Piper insisted on joining in. In 1966, Roberta Gibb illicitly ran the entire race with her gender concealed and became the first woman to complete the Boston Marathon. The next year, Kathrine Switzer finished what Gibb started and ran the race as its first official female contestant. These pioneers opened the sport for women and shook up preconceptions about what women could accomplish.

Today, people can run marathons in national parks, alongside horses and even in Pyongyang, North Korea. Runners have access to gels, high-tech shoes and devices that measure their performance down to a fraction of a second. And over 540,000 people finish a marathon each year. So what’s the allure of the sport? For runners and spectators, it can still be summed up in four simple words: Will they make it? 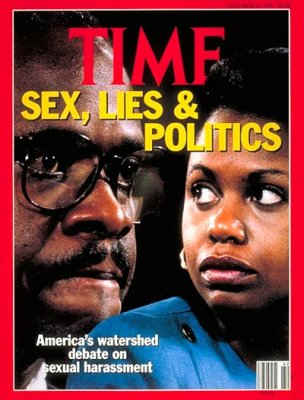 The Legacy of the 'Confirmation' Hearings Was Predicted 25 Years Ago
Next Up: Editor's Pick