Jessica Biel on Working With Justin Timberlake: 'I Like to Say That I Was His Boss'

Jessica Biel and Justin Timberlake have collaborated on their first film, The Devil and the Deep Blue Sea. And the mother of one is not only starring in the Bill Purple-directed drama, but she’s also a producer.

Among her list of duties was to oversee her husband, who composed and served as music supervisor for the soundtrack.

“[There are] so many more things to take care of, so many more hats to wear. Problems you have to fix,” Biel, 34, told ET about her producing role when she attended the The Devil and the Deep Blue Sea premiere at the Tribeca Film Fest in New York City on Thursday.

As for working with Timberlake, 35, the actress shared that there was no need to “micromanage” him in the process. “He’s much better left to his own devices,” Biel revealed.

“I mean, I like to say that I was his boss, but I wasn’t really acting as his boss. So we had a good working relationship.”

The couple have been married for over three years tying the knot in October 2012. They first started dating in January 2007.

The Devil and the Deep Blue Sea, also starring Maisie Williams and Jason Sudeikis, will hit theaters later this year. 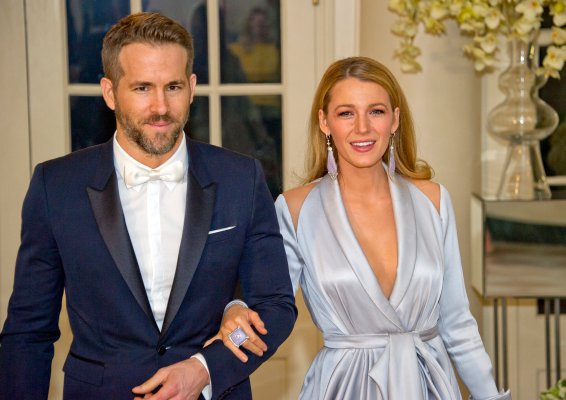 Blake Lively and Ryan Reynolds Are Expecting Second Child
Next Up: Editor's Pick