Thousands of Protesters March in Zimbabwe to Denounce President Mugabe

Movement for Democratic Change (MDC) youth supporters hold up a sign during a demonstration by the opposition party in Harare on April 14, 2016
Jekesai Njikizana—AFP/Getty Images
By Mark Rivett-Carnac

Thousands marched through Zimbabwe’s capital, Harare, in a rare protest on Thursday to denounce President Robert Mugabe and the crumbling economy.

Opposition leader Morgan Tsvangirai organized the demonstration against the 92-year-old President, according to the Guardian. Mugabe has held power since the country’s independence in 1980 and has said he would continue to rule “until God says come.”

Mass protests of this kind are unusual in Zimbabwe, where police routinely use violence to suppress dissent. They had banned Thursday’s march, but a court stepped in and granted permission. 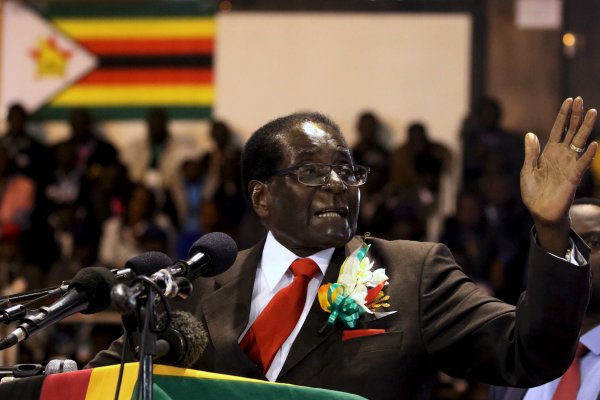 'I'm Not Dying,' Says Zimbabwe Dictator
Next Up: Editor's Pick