Meet the Google Exec Trying to Save the Planet

The environmental costs of moving data around the world or building a better smartphone often go unappreciated. Both tasks take a great deal of energy and other resources, though the effects are often felt hundreds or thousands of miles from most end users.

The world’s biggest technology firms are increasingly focused on finding ways to go green. Facebook announced in January that it is building a new data center in Ireland powered entirely by renewable energy. In March, Apple introduced a recycling robot named “Liam” that can surgically disassemble old iPhones so their parts can be reused.

Google, too, has a long history of working on environmental causes. Through a program called Google Earth Outreach, the Mountain View, Calif. firm has been using its mapping products to help green groups since 2007. One example: The Earth Outreach team has worked with advocacy group Environmental Defense Fund to map methane leaks from underground gas pipes using sensors attached to Google’s Street View cars. Together, Google and the group have mapped more than 4,200 leaks in 10 cities.

Ahead of Earth Day (April 22), TIME spoke with Google’s Rebecca Moore, director of Google Earth, Google Earth Engine, and Google Earth Outreach, to learn more about the firm’s environmental efforts. The conversation has been edited for space.

Tell us more more about why you started Google Earth Outreach.

MOORE: I started it more than 10 years ago as a 20% project. Google allows every engineer to spend a day a week on a side project that they’re passionate about. I had used Google Earth to stop the logging of 1,000 acres of redwood trees in my community in the Santa Cruz mountains. Google Earth had just come out. It launched in June 2005, and in August 2005 there was a public notice sent to about 2,000 people in my community. There was a very sketchy map, it was very difficult to understand, but it looked like it might involve logging . . .

I remapped the whole thing using Google Earth over the weekend, and it was kind of shocking when you could see what was actually proposed. It was like six miles long, a thousand acres going right up to the daycare center, there would be helicopter logging all over these parts of the community. And none of that was obvious in the black and white plan that had been sent out. And I started presenting it to the community. Long story short, I was able to use Google Earth not only to raise awareness but to show that the plan was illegal.

Are you thinking about using virtual reality technology to transport people around the world?

MOORE: We’re doing work in this area. Just as the 3-D virtual world of Google Earth actually elicits emotion and compassion and makes people angry and drives action, I think VR will take that tool to another level. It will become another powerful tool for raising awareness and mobilizing action. I’m looking forward to that.

Nonprofits are very creative. And indigenous people, when they’re dealing with a threat, they will try any new tool and see what works to make a difference. So I think we’re going to see virtual reality used in some very creative ways.

Specifically, how do you think virtual reality could be used to help environmental causes?

MOORE: I have not yet seen the killer implementation of it. I think it’s still so early. But what I can imagine is that you’ll have, for example, endangered species in a habitat. The other thing that is very interesting [is] the fourth dimension of time, we shouldn’t forget. I think it’s when people can see change: change that’s happening, change that has happened, or change that could happen unless we take action. That could be very mobilizing. So that could be interesting, VR plus time. But we’re at the very early stages of that, so stay tuned.

Since your team examines data from Google Maps and Google Earth, I’m sure you have valuable insights around energy efficiency and infrastructure. Do you ever collaborate with Sidewalk Labs [Google’s urban planning project] around those topics?

MOORE: I know a little bit about what they’re doing, but I don’t know enough to give you a definitive answer . . . One area that I think is of future interest is looking at traffic data. Because we have all this information on where people are driving and where traffic is fast and where it’s slow, over time you can get a picture of the city and where there are problem areas that a city could address. And so I think there are some interesting opportunities there.

On the topic of traffic, can you tell me more about how artificial intelligence could be used to contribute to the work you’re doing in that space?

MOORE: I think we are at the beginning of what can be done with artificial intelligence on massive data. If you look at the data that goes into Google Maps, whether it’s numbers on houses or turn restrictions on driving that you can read off a street sign, we derive a lot of that information by analyzing Street View imagery automatically using machine learning. And I think there is potential to do really interesting analysis of traffic data.

And by looking at traffic data, you can actually see where traffic has stopped, where people are turning around, and put together a picture of how that traffic relates to certain patterns of weather. Again, this is a little bit wonky we’re at the beginning of this, but I think there’s a lot of potential there.

What’s your long term goal for Google Earth Outreach? Where do you see things going as technology changes and evolves?

MOORE: Well, you really want to know what our dream is? We want to help create a global community watch program. Think of it that way. Where everyone can know, using analysis on real time data coming out of Earth Engine, and it can go right into we’re working on the next generation of Google Earth. Just imagine the next generation, it’s like a living breathing dashboard for the planet. You can really be tuned into what’s happening now.

I think VR will be a very important part of that in terms of visualizing those things. There are so many people, who feel it’s sort of overwhelming, things like climate change, what can I do as a single person, and I think the idea here is to empower everyone to be more actively aware of what’s actually going on and empower [them] to make a difference. 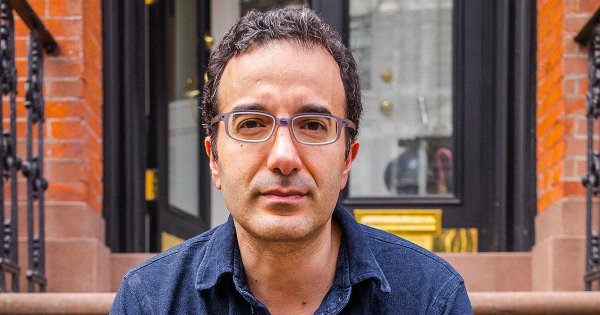 Inside the Genius of Radiolab and Why It's So Addictive
Next Up: Editor's Pick