Why Nina Simone Is Having A Moment

When TIME profiled Nina Simone in 1969, the headline was “More Than an Entertainer.”

Simone, the story explained, said so herself. That didn’t mean she couldn’t bring the house down—”Nina’s singing and piano playing rank her with Aretha Franklin at the top of the female jazz, blues and soul camp,” the story noted. The point was that her reason for being on stage ran deeper–she had a message to get across to audiences, too.

That part of Simone’s story has sometimes been overshadowed in the recent “Nina Simone renaissance,” says historian Ruth Feldstein, the author of How It Feels to Be Free: Black Women Entertainers and the Civil Rights Movement. In addition to the controversial film Nina, which will be released on Friday, Simone (who died in 2003) was the subject of two documentaries in the last year and, more to the point, Feldstein notes that her music is now considered mainstream enough for it to be “playing in Walgreens.” It’s also been used in a car ad and sampled by artists like Kanye West.

As Salamishah Tillet, a University of Pennsylvania professor who is writing a book about the musician has put it, “Nina Simone’s time is now.”

“When you make someone an icon it’s really great in terms of ways their work and their contributions can be celebrated but certain aspects of their lives can also be lost,” Feldstein says. “And I think one thing that has been lost is the ways that again Simone was part of this community, especially a community of women.” (She was also ambitious, something Feldstein believes “people tend to forget or tend not to want to see when they’re talking about women performers in general.”)

Simone had her heyday at a time when many activist-entertainers worked together to advance the cause of equality. As Simone put it in her autobiography, “politics was mixed in with so much of what went on…that I remember it now as two sides of the same coin, politics and jazz.”

“[The song] ’Mississippi Goddam’ to me is as important as King’s Letter from a Birmingham Jail or James Baldwin’s The Fire Next Time as a literary document as well as a musical document,” Tillet tells TIME.

The Simone scholars think that one reason why her story had been so hard to get right is that she never fit neatly in any of the boxes that we use to talk about history or issues in society. For a long time, mainstream histories of the women’s liberation movement often focused on white women and mainstream histories of the civil-rights movement focused on male leaders. Simone was the odd person out in both stories. Musically, too, her signature blend of classical training with jazz and blues defied categorization.

But the intersectional story was one reason she was so important—and is perhaps why she appeals so much to modern historians and artists, who are attuned to the need to tell such stories. “It’s a vision of America that I think was always there,” Tillet says, “but is now coming to the center.” Whether she’s being referenced as a political radical or sampled on a new song, the fact that she can be an icon for multiple groups makes her particularly appealing today to a generation attuned to life’s intersections.

And Simone would likely have approved of putting that popular interest to good use: she herself said that there was no point in dredging up a painful past if it couldn’t accomplish anything outside the expression of that pain. “It’s a bore just to be talking about pain per se unless something can come out of it that’s constructive,” Simone told TIME in 1969. “I want an easier life, and I want an easier life for my people and for all people that are oppressed. But before you can have that, the pain and the injustice have to be exposed, and that’s very painful in itself, because nobody wants to look at it.”

Read TIME’s 1969 story about Nina Simone, here in the TIME Vault: More Than an Entertainer 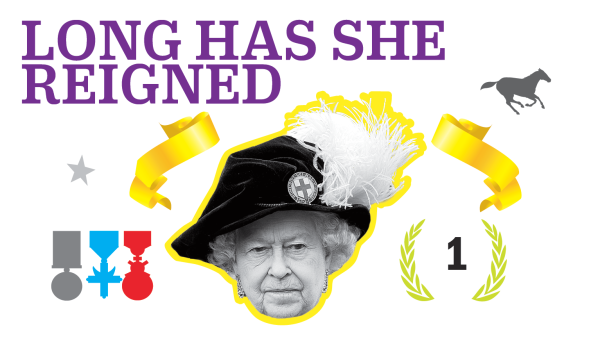 This Graphic Shows How Long Queen Elizabeth II Has Ruled
Next Up: Editor's Pick