“Our little baby boy has arrived!!Remington Alexander Blackstock was born 4/12/16 & he is healthy & we couldn’t be happier or more in love!” Clarkson, 33, wrote.

Clarkson, who is already mom to 22-month-old daughter River Rose with Blackstock, announced her second pregnancy during an August 2015 concert at Los Angeles’ Staples Center.

The singer stopped midway through her song “Piece By Piece” to tell the crowd: “I was not planning on announcing this but … I’m totally pregnant.”

But her most powerful performance during her pregnancy came when she took the stage during American Idol’s finale season to perform her hit “Piece by Piece,” a song about her husband’s great parenting and the absence of her own father during her childhood.

“I didn’t realize it was gonna be that bad,” she later told Ellen DeGeneres of her emotional performance, which left her choked up and in tears.

“[Brandon] was [at Idol], my little girl was there, my little boy was turning circles in my stomach. It was nostalgic,” she said. “It was the last time I was gonna be on Idol and it’s ending. I was screwed from the get-go.”

She joked, “Emotionally, I was on a slip and slide from hell.”

During her pregnancy, Clarkson spoke about how her morning sickness wasjust as bad the second time around.

“I’m familiar with all-day sickness,” she told Gayle King on CBS This Morningin November. “I have to get IVs and fluids because I get so dehydrated. It’s really bad.”

But the chance to “pop out magical unicorns” like River Rose, Clarkson said, makes the whole struggle worth it.

Clarkson and Blackstock, a Nashville-based talent manager, got engaged in 2012 and tied the knot in October 2013. Blackstock also has two children, Savannah and Seth, from a previous marriage. 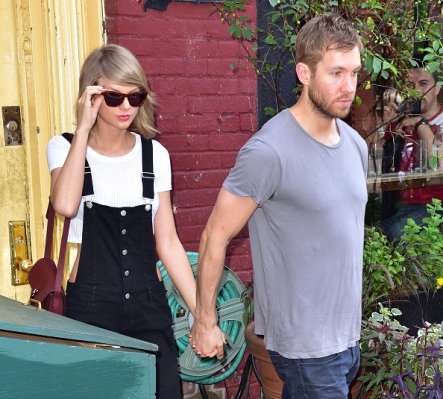 Taylor Swift on Calvin Harris: 'I'm in a Magical Relationship Right Now'
Next Up: Editor's Pick