When Cha Cha the chimpanzee made a break for it, it took Sendai, Japan police and Yagiyama Zoological Park staff two hours to track him down.

Cha Cha proved his evasion abilities when he escaped not only from his own area, but from the entire zoo — and then led authorities on a wild chimp chase through a residential area. Eventually, his followers sedated him with a tranquilizer gun after he climbed a telephone pole and went onto the wires, ABC News reports.

The director of the park was very apologetic to residents who may have been disturbed by the containment efforts. There is an investigation underway into just how Cha Cha got out of the park. 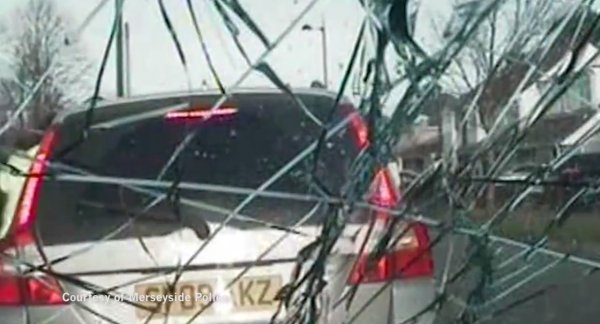 Watch 2 Men Throw Bricks at an Occupied Police Car
Next Up: Editor's Pick