After recently dealing with more Kanye West drama over a certain line in his song “Famous,” Taylor Swift is speaking out about sexism in Hollywood. In an interview with Vogue for the magazine’s May cover story, the 1989 artist addressed the double standards that accompany fame for women, saying that unlike famous men, female celebrities are subject to intense scrutiny of their personal lives.

“You know, I went out on a normal amount of dates in my early 20s, and I got absolutely slaughtered for it,” she said. “And it took a lot of hard work and altering my decision-making. I didn’t date for two and a half years. Should I have had to do that? No.”

Swift also discussed the meaning behind her Grammy acceptance speech for Album of the Year, during which she spoke about the importance of women owning their accomplishments in the face of adversity. “I guess what I wanted to call attention to in my speech at the Grammys was how it’s going to be difficult if you’re a woman who wants to achieve something in her life—no matter what,” she said. 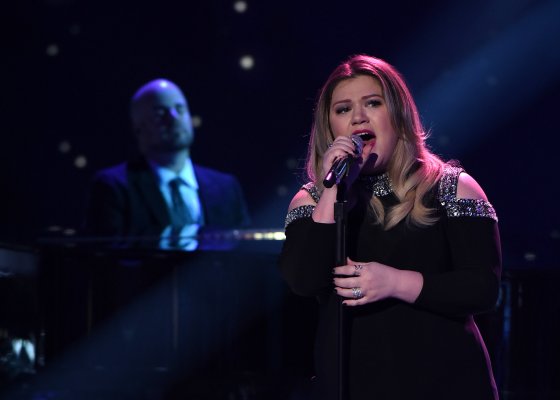 Kelly Clarkson Announces Birth of Her Second Child
Next Up: Editor's Pick