The Black Keys have described inducting Steve Miller into the Rock and Roll Hall Of Fame as an “unpleasant” experience.

Guitarist Steve Miller (of the Steve Miller Band) hit out at the Rock And Roll Hall Of Fame just minutes after being inducted into it in Brooklyn, New York last weekend (April 8).

Answering questions in his post-induction interview, Miller criticised the lack of female inductees (there were none in 2016 and only Joan Jett in 2015), before criticising the award show for a lack of respect. Miller also hit out at his own treatment from the organisers, claiming he was given only two tickets and would have had to pay $10,000 (£7k) to get any more.

Miller went on to dub people in the music industry as “fucking gangsters and crooks” and Hall Of Fame inductees themselves “kind of dicks and assholes”. He said of his own press representative: “I wanted to pull him by his necktie and kick him in the nuts”.

Speaking to Rolling Stone about the night’s events, Black Keys singer Dan Auerbach said: “We got a really uncomfortable feeling when we first met Steve. He had no idea who we were. No idea. The first thing he told us was ‘I can’t wait to get out of here.’ He knew that we signed up to do this speech for him. And he made no effort to… even figure out who we were.”

“Pat and I were both definitely disappointed, to say the least… It’s almost like [Miller] doesn’t have respect for the younger generations and how hard it is in the business today.”Auerbach continued to say that Miller later made “a very mild attempt” to talk to the band but “it was disingenuous”. He added: “It almost made it feel worse… Honestly, the most unpleasant part was being around him… [Black Keys drummer] Pat [Carney] and I both regret it”.

“I hope that when I’m in my twilight years, I can look back and be grateful to the people who have appreciated me and to be able to give back,” Auerbach said. “Because music is about sharing and passing on inspiration and that was his opportunity to do that; not just lashing out in a way that was just completely unfocussed.”

Watch The Black Keys induct Steve Miller into the Rock And Roll Hall Of Fame in the video below. 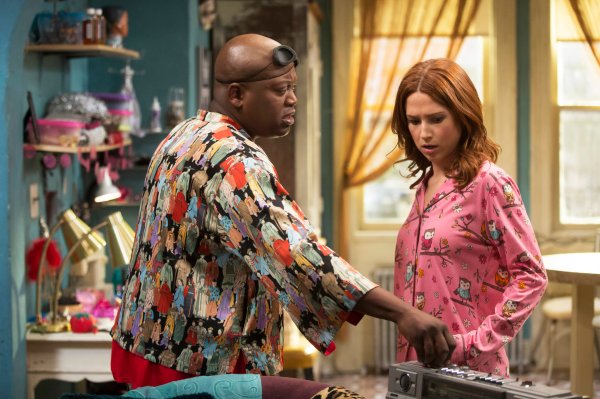 Review: Unbreakable Kimmy Schmidt is TV's Most #Problematic Show
Next Up: Editor's Pick