A Debt We All Must Pay

How Things Get Messy When I Take My Boss Act Home

What do my kids think I do for a living? Fire people

In a TIME-exclusive interview, Yellen says she is focusing on Main Street not Wall Street and dusting off the Fed’s mandate to regulate

The look of emojis varies widely across platforms–and leads to miscommunication, per a new study from the University of Minnesota. Here, a few of the most divergent emojis by (clockwise from top left) Apple, Google, Microsoft and LG.

It isn’t commercially available yet, but the solar-powered Fontus is making a splash on crowdfunding site Indiegogo. Here’s how it works.

How El Niño Heats the Globe

Review: The Night Manager’s Thrill of Secrecy, Agony of Deceit

Tom Hiddleston and Hugh Laurie star in the new show

The Billionaire and the Bigots

Carpooling research could shape the commute of the future

Review: A Battlefield Memoir From an Interrogator

Big Business Should Learn from the Rust Belt

The Great Barrier Reef Is Under Attack

King Salman of Saudi Arabia and Egypt’s President Abdul Fattah al-Sisi agreed April 8 to build a long-planned bridge across the Red Sea to connect the two countries. The $1.7 billion project joins a list of ambitious attempts to build cross-border bridges.

America rallied around the idea of a woman for the $10 bill. But what if Hamilton fans stick her on the back?

How America Got Hooked on Guns

Senate and House seats are up for grabs

It Ain’t So Awful, Falafel tells a story of growing up Muslim in America

4 Apps to Help You Give Back

A year after a devastating quake, politics has kept the country in ruins

The actor stars in The Night Manager

The Biggest New Sounds on Broadway

From Shuffle Along to She Loves Me

Rise of the ‘Plyscrapers’

Wood is making a comeback as a building material with the development of engineered timber, an eco-friendly alternative used in “plyscrapers” around the world.

Pop’s Biggest Stars Are Reviving the Album by Reinventing It 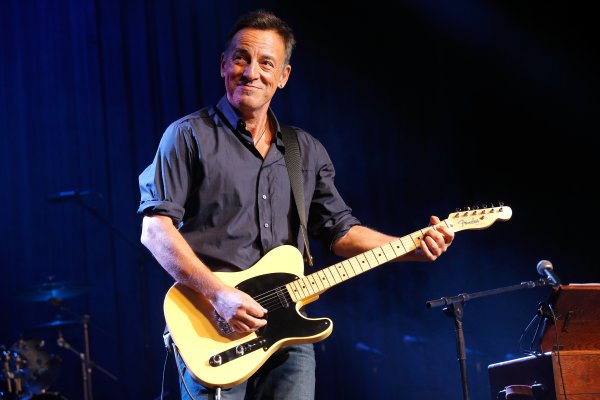