“Mr. President? The fate of Jon Snow is about to be revealed in the screening room.”

At the Game of Thrones premiere event in Hollywood on Sunday, showrunners David Benioff and Dan Weiss confirmed rumors that Barack Obama wanted – and will get – episodes of their ultra-secret show ahead of their debut on HBO.

During HBO’s Facebook Live stream from the event’s red carpet, interviewer Veronica Belmont asked the Emmy-winning team if they had any “ah-ha … we’ve totally made it” moments coming into season 6.

“I think, for both of us, finding out the President wanted advanced copies of the episodes was an ‘ah-ha’ moment,” Weiss said. “That was a very strange moment.”

And did they say yes?

“Yes,” Weiss replied. “He’s the leader of the free world.”

Benioff added: “When the commander-in-chief says, ‘I want to see advanced episodes,’ what are you gonna do?”

HBO is remaining mum on the subject, but if Obama gets advanced copies, he’s the only person outside of HBO to do so. In an unprecedented move, HBO decided not to send any screeners to journalists or industry insiders. The move was to maintain the secrecy of the show’s season 6 storylines, which are expanding beyond the scope of author George R.R. Martin’s novels for the first time.

Last month, Thrones actor Liam Cunningham told Vulture that Obama gets advance copies of the show, though it wasn’t clear at the time if he was referring to season 6. “Did you know he gets advance copies? POTUS. He gets DVD copies before we do. And we’re in it!” the actor said.

Obama has previously said Thrones is one of his favorite shows. And he had apparently once expressed concern about the fate of the Night’s Watch Lord Commander. As Thrones director David Nutter told EW last summer: “Three weeks ago, I was the in the company of the President of the United States. He turned to me, put his hand on my shoulder, and said, ‘You didn’t kill Jon Snow did you?’” Nutter said he replied: “ ‘Jon Snow is deader than dead.”

If Donald Trump gets elected president this fall, the Thrones team might not give him the same coveted access. In a New York Times profile of Thrones star Peter Dinklage this weekend, columnist Maureen Dowd said Weiss had a dim view of the Republican frontrunner: “Weiss … says Trump reminds him of Hodor, a gigantic dimwit who answers every question with one word: his name.”

For the rest of the world, Thrones returns April 24. 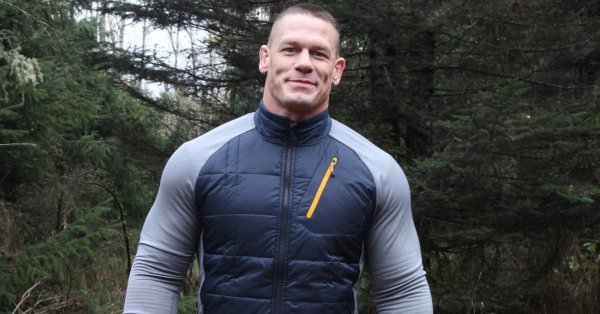 American Grit Could Make John Cena a Superstar
Next Up: Editor's Pick