By Ryan Parker / The Hollywood Reporter

After 30 years from first meeting, Westley and Inigo Montoya were reunited once again.

Princess Bride fans got an awesome treat on Wednesday when out of the blue, Cary Elwes posted a picture of himself and Mandy Patinkin. The two men had an epic sword fight as Westley and Inigo Montoya in the 1987 fantasy-adventure classic.

“Wesley & Inigo reunited after 30 years!” Elwes tweeted along with the photo.

Both men have kept busy since rescuing Princess Buttercup from the clutches of Count Tyrone Rugen in the Rob Reiner film.

Patinkin — whose famous line in the film was: “Hello. My name is Inigo Montoya. You killed my father. Prepare to die.” — has appeared in major roles in TV series including Chicago Hope, Dead Like Me, and Criminal Minds. He currently stars as Saul Berenson in Showtime’s Homeland.

He currently stars in the Crackle series The Art of More.

Princess Buttercup, or rather Robin Wright, currently stars in the hit Netflix series House of Cards. 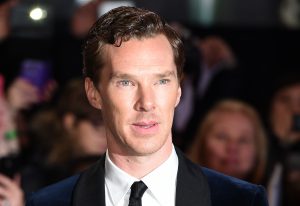 Benedict Cumberbatch Is the New Grinch
Next Up: Editor's Pick