Lawyer for Will Smith's Family Says Suspect Showed No Remorse

Peter Thomson, an attorney for the Smith family, said during a Wednesday press conference that Smith’s alleged killer, Cardell Hayes, 28, showed no remorse after the fatal shooting and even allegedly “stood over Will Smith’s dead body as his wife crawled away” to find a hiding place, “yelling over the body of Will Smith after he killed him.”

Thomson told reporters he was speaking out to clear up alleged misinformation given to the media by an attorney for Hayes.

While he acknowledged that Smith’s car contained a loaded handgun, Thomson said “at no time during this event” did Smith “ever brandish or carry on his person a firearm,” noting Smith possessed a state license permitting him to carry a concealed weapon.

“This was not a hit-and-run,” Thomson said, claiming that Smith, 34, and his 33-year-old wife, Racquel, were unaware their car had even struck the Hummer that stopped suddenly in front of them, and, noticing no damage, “went about their business,” continuing down the street as Hayes pulled to the shoulder.

Thomson said Hayes chased down Smith’s SUV and slammed into the back of it. The impact, according to the lawyer, was so powerful, Smith’s car’s back window shattered. The force of the crash propelled Smith’s car into another vehicle, Thomson said.

Thomson told reporters Wednesday that Hayes exited his vehicle just as Smith did, but noted the former NFL star’s “intent at this time is to find out who this guy is.”

The two men approached each other, and Hayes “was enraged,” Thomson alleged, adding, “He had his hands up, and was making signals.”

Racquel, according to Thomson, also exited the SUV, but only to “diffuse the situation” between the two bickering men. It wasn’t long before, thinking things were fine, Smith and his wife began walking back to their car.

“The [alleged] killer follows and suddenly, two shots are fired,” Thomson described. “She collapses after being shot in both legs, and then the killer unloads six to eight shots into Will’s back.”

Thomson also disputed insinuations from the defense that Smith may have been intoxicated at the time of the shooting. John Fuller, Hayes’s attorney, told reporters he had a “strong suspicion” Smith may have been “under the influence of some kind of mind-altering substance” on Saturday night.”

According to police, additional charges could be filed against Hayes as their investigation into Smith’s slaying continues.

Hayes has been charged with second-degree murder and is being held on $1 million bond, with a preliminary hearing scheduled for April 28th. 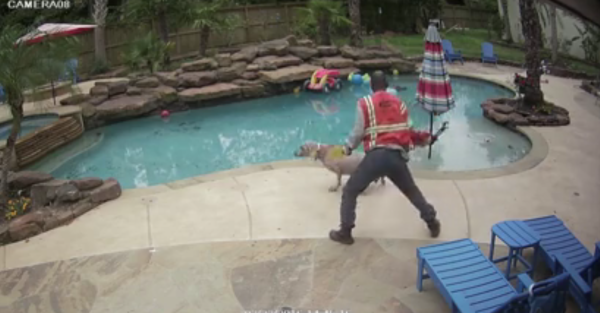 Contractor Caught On Camera Hitting Dogs With Wrench
Next Up: Editor's Pick