Benedict Cumberbatch Is the New Grinch

British actor Benedict Cumberbatch arrives on the red carpet for the world premier of 'The Hobbit: The Battle of the Five Armies', in London, Dec. 1 2014 .
Andy Rain—EPA
By Darren Franich / Entertainment Weekly

November 2017 brings a new big-screen version of Dr. Seuss’ How the Grinch Stole Christmas, this time simply titled The Grinch.

At CinemaCon, Illumination (the animation studio behind Despicable Me and Minions) announced the actor who would be voicing the yuletide-loathing Grinch in the new film. The new Grinch is none other than Benedict Cumberbatch, who producer Chris Meledandri said had a voice that exudes “comedic wickedness while embodying vulnerability.”

The Grinch, adapted by writer Michael LeSieur from Dr. Seuss’ book, will be directed by Pete Candeland and Yarrow Cheney, for a Nov. 10, 2017. Jim Carrey voiced the titular character in the 2000 version directed by Ron Howard, earning more than $55 million its opening weekend — taking in more than $345 million worldwide over the course of its run — and won one Oscar for Best Makeup.

Cumberbatch, of course, is appearing in Marvel’s forthcoming Doctor Strange, out Nov. 4. 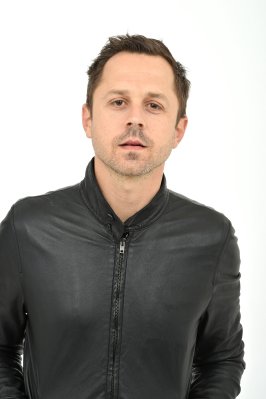 Giovanni Ribisi Hangs With Hemingway in First Hollywood Film Shot in Cuba Since 1959
Next Up: Editor's Pick