A picture taken on April 11, 2016, shows the place where two Australian-Lebanese children were abducted while reportedly with their grandmother at a southern Beirut suburb. Lebanese authorities on April 4 detained an Australian woman for allegedly abducting her two children, and an Australian television crew as well as two Britons accused of involvement. The crew were filming an operation by a child-recovery agency involving two young children from Australia who were in Beirut with their Lebanese father
AFP/Getty Images
By Simon Lewis

A lawyer representing Australian mother Sally Faulkner — whose botched attempt to retrieve her children have got her, an Australian 60 Minutes television crew and several others locked up in Beirut — says his client has been offered an agonizing choice.

Australia’s News Corp. cited the lawyer as saying that the judge in the case is pressuring Faulkner to strike a deal with her Lebanese ex-husband that would give her visitation rights but leave the kids in his custody in Beirut.

The deal would apparently secure her release, but reports suggest the others arrested alongside her would not have the cases against them dropped.

Tara Brown, a reporter for the Australian version of 60 Minutes, which airs on Channel Nine, is currently detained alongside her producer, cameraman and sound recordist, as well as two local Lebanese and two employees of a British firm specializing in recovering children taken overseas in cases of disputed custody.

The television crew was following the mother’s battle to recover her two children from their father, Ali al-Amin, who Faulkner says took them to Lebanon without her permission. The recovery mission culminated in a dramatic grab and run on a Beirut street, captured on surveillance cameras, as the children’s grandmother and a helper were about to get into a car with the children.

Earlier reports said those detained had been formally charged, but Australian Foreign Minister Julie Bishop told the Australian Broadcasting Corp. that charges had only so far been recommended by prosecutors, which would prompt an investigation under Lebanon’s French-derived legal system.

The suggested charges are said to include hiding information, planning and executing a kidnapping, and assault against the grandmother, with possible prison sentences of as long as 20 years. 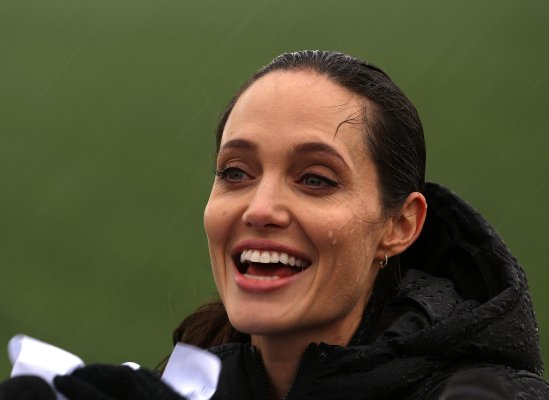