A letter from the Centers for Medicare and Medicaid Services, obtained by the Wall Street Journal, announced plans March 18 to sanction Theranos for failing to fix major problems at its California laboratory.

The company, valued at $9 billion during a 2014 funding round, has a proprietary blood testing method that is at the center of the controversy, after the accuracy of the tests came into question. Theranos was allowed a response, under federal law, which health officials are reviewing, according to the Journal report. If sanctions are enacted, the appeals process could last months.

Under the sanctions, the company’s lab in California would have its license revoked and Theranos owners Holmes and Sunny Balwani would be prohibited from owning or running another lab for two years, including the company’s Arizona lab.

Theranos spokeswoman Brooke Buchanan issued a statement to the Journal, saying: “Due to the comprehensive nature of the corrective measures we’ve taken over the past several months, which has been affirmed by several experts, we are hopeful that CMS won’t impose sanctions, but if they do, we will work with CMS to address all of their concerns.” 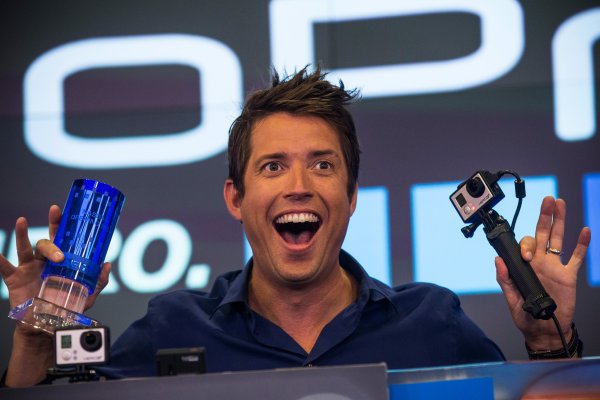 Here's Why GoPro Stock Is Skyrocketing Today
Next Up: Editor's Pick