Appealing to black voters ahead of the New York primary, Hillary Clinton said on Wednesday that Democrats cannot take African-American votes “for granted” and promised that she would continue to address the needs of the community if she is elected in November.

“I believe that Democrats have a special obligation. If we’re going to ask African-Americans to vote for us, we cannot take you, or your vote for granted,” Clinton said to a black audience in Midtown Manhattan. “We can’t just show up at election time and say the right things and think that’s enough.”

During the primary, Clinton has laid out a detailed criminal justice reform plan as well as a $125 billion plan that would invest in poor and urban neighborhoods. The former Secretary of State speaks often on the campaign trail of combatting racism and structural disadvantages African-Americans face. She has been joined often on the campaign trail by the mothers of black victims of police violence.

African-Americans have been among the most reliable voters to support Clinton in the extended fight for the Democratic nomination against Vermont Sen. Bernie Sanders. Clinton on huge victories in states like South Carolina Clinton a huge advantage in delegates. Assuming she wins the nomination, Clinton will also need to recreate President Obama’s success with black voters in November.

“White Americans needs to do a much better job of listening to black Americans talk about the seen and unseen challenges they face every day,” Clinton said on Wednesday.

Clinton said during her speech that she wants to see the federal government invest in affordable housing, transportation between black neighborhoods and downtown commercial centers, and again made a case for reducing sentencing disparities and reforming police practices.

Black voters have been a reliable part of the Democratic Party coalition since the Civil Rights era, when President Lyndon B. Johnson and other Democrats pushed for equal voting rights and desegregation. They voted overwhelmingly for then-Sen. Barack Obama, the first black president, and Clinton is seeking to inherit that legacy.

Under President Obama, however, race relations are viewed by Americans as being at new lows, according to an April Gallup Poll that showed more than a third of Americans say they are worried “a great deal” about race relations in the U.S., the highest since the question was first asked 2001.

Clinton’s own run for the White House has been complicated by the legacy of her husband, President Bill Clinton, who signed laws increasing sentencing for crimes and overhauling welfare system, both of which are viewed by many African-Americans as deeply destructive. Protestors have disrupted both Bill and Hillary’s events, opposing Hillary Clinton’s long-ago use of the word “superpredators,” which she has since apologized for.

During her remarks at the National Action Network, Clinton promised to continue pushing for reforms and said that Democrats need to prove their commitment to reforms aiding African-Americans.

“We can’t start building relationships a few weeks before the vote. We have to demonstrate a sustained commitment to building opportunity to creating sustained opportunity and righting wrongs not just having every two or four years, not just when the cameras are on and people are watching, but every single day,” Clinton said. “I have worked on these promises all my adult life. I am going to be going at it no matter what.”

Several of the attendees at the convention agreed with Clinton’s appraisal that black voters are often taken for granted by Democrats.

“We’re the presumptive favorites to come out of the woodwork and put our votes towards the Party,” said Karen Gunn, a psychologist from Los Angeles. “It’s an insult. … Considering us important enough to actually listen to us and not just think of us as a chit in a voting both is what I want to see.” 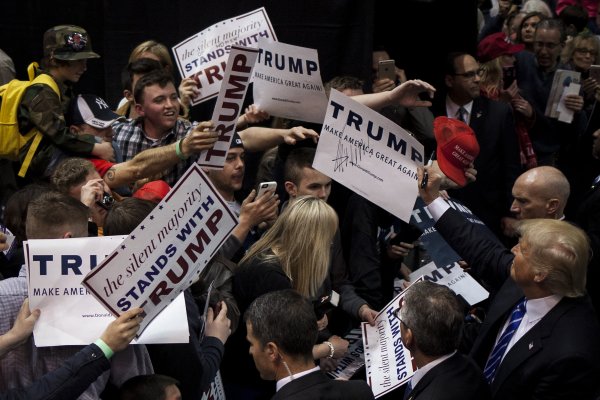