Review: The New HTC 10 Is One of the Best Android Phones

The bad: Dim screen, A bit thick, Camera lacks in some cases compared to competitors

Who should buy: Those looking for a premium Android smartphone with a simple user interface and powerful audio.

The company’s new Android phone, the HTC 10, represents the Taiwanese smartphone maker’s most significant hardware redesign since it introduced the One M7 in 2013. That phone caught critics’ attention because it was the only Android phone that rivaled the iPhone’s aesthetics at the time. But the landscape has since changed, with Android phone makers like Samsung and LG embracing high-end design.

HTC has made only incremental upgrades to its flagship phones over the past two generations. But this year, the company is adding more dramatic enhancements to distinguish its phone from predecessors. A fresh design that more closely resembles that of the iPhone, the addition of a fingerprint sensor, and an overhauled camera are a few of the most noticeable changes. The result is a slick, well-built phone that excels over its rivals in certain ways, but falls behind in others.

Here’s a closer look at what it’s like to use the HTC 10.

The HTC 10 mixes the company’s existing design elements with new characteristics. For example, the 10 features a smooth, aluminum-crafted rear panel just like HTC’s older models, but the front of the phone looks noticeably different. While last year’s version had metal borders that lined the top and bottom of the screen, the 10’s face is covered in glass from edge to edge. This makes the bezels flush with the display, similar to Apple’s latest iPhone.

HTC’s 10 feels a bit bulkier than the Galaxy S7 and iPhone 6s Plus, but it’s not noticeable enough to thwart the average buyer. The 10’s curved back also makes it easier to grip than the iPhone, while its texture makes it less prone to fingerprint smudges than the Galaxy S7.

One design quirk that took some getting used to, however, was the headphone jack placement. The port now sits at the top of the device, which felt awkward at first.

The HTC 10 has an upgraded screen, a 5.2-inch 2560 x 1440 resolution display with vivid colors. It looks slightly bolder than the iPhone 6s Plus’ 5.5-inch 1920 x 1080 resolution display when streaming video. The color reproduction seemed to be more accurate on HTC’s phone than Samsung’s, which sometimes tends to make colors appear more luminous than usual. The screens on both Apple’s and Samsung’s phones were noticeably brighter than that of the HTC 10, though. This could make the HTC 10’s screen more difficult to see in bright sunlight.

With the 10, HTC addressed what is usually my biggest gripe about Android phones: bloatware. Smartphone manufacturers frequently add their own self-branded apps to their products, often leaving users with duplicate apps they rarely use. This year, HTC cut out some of the apps it has included on phones in the past, making the experience feel much cleaner. Carriers usually add apps and widgets to Android phones on their networks, too, but since the version I tested was unlocked, I didn’t have to worry about that. HTC does include its BlinkFeed home screen, which is a stream of social media updates and news headlines based on your taste. If, like me, you don’t find it useful, you can turn it off.

HTC is also adding a new home screen option with this year’s phone. Instead of organizing apps in a standard grid format, you can turn them into “stickers” that can be arranged anywhere on the home screen. These stickers fall under a particular theme, meaning you can design your home screen to look like a picture rather than a cluster of apps. It’s an interesting concept, but I didn’t feel like the visual benefit outweighed the convenience of having my frequently used apps placed in their familiar spots.

I was surprisingly impressed by the HTC 10’s fingerprint sensor. There is virtually no lag between waking the phone up and unlocking it after you place your finger on the home button.

The HTC 10’s battery lasted for a decently long period of time on a single charge. I got about a day and a half out of the 10 after using it sporadically to do things like check email and social media, stream Netflix, listen to music, and play casual games. Battery life depends on a variety of factors, like how many notifications you receive and the phone’s display brightness.

HTC has long trumpeted the audio quality of its premium smartphones, and the 10 is no exception. In addition to improving the phone’s speakers with high-res audio, the company added the ability to create specific sound profiles for each pair of headphones you use with the device. After completing a brief sound test, I set up my own profile, finding that it amplified the volume of the music I streamed and made it sound slightly fuller. I didn’t notice any other significant changes in tone or depth, however. If you typically blast music from your phone without connecting it to external speakers, the HTC 10 is the phone to get. Its speakers produce crisp and full-bodied audio, making the listening experience way more enjoyable than on other smartphones.

The HTC 10’s camera is satisfactory, but didn’t produce images that were as clear and defined as those shot on the Galaxy S7 or the iPhone 6s Plus in my experience. HTC upgraded the camera in its newest model to include a 12-megapixel sensor with larger 1.55 micron pixels, which allows the camera to take in more light. When shooting in direct sunlight, however, I noticed that the image looked almost like it had some type of yellowish filter over it compared to photos captured by its rivals. The photo taken with the HTC 10 was much warmer than those shot on the iPhone 6s Plus and Galaxy S7. Take a look at the images below to see the difference.

In dim scenarios, HTC’s phone produced images that were somewhat dark and grainy. Samsung’s phone is the clear winner in this category; even though there’s a slight yellowish tint, the subject is much more visible in the Galaxy S7’s photo than in the two others.

See the sample photos below, which were taken indoors with the lights turned down low.

The HTC 10 is more than a solid bet if you’re looking for a nice, reliable Android smartphone. If you typically stream music and video from your phone, it’s an especially great choice given its impressive speakers and sharp screen. Photography enthusiasts might not be blown away by the 10, but its camera is satisfactory enough for most casual users. The software is clean and easy to navigate, providing an experience that’s much more delightful than phones loaded with bloatware.

The HTC 10 is an excellent phone overall, but it’s not particularly innovative from an industry standpoint. This year, Apple added a pressure sensitive screen to the iPhone, Samsung made its latest Galaxy phone more water-resistant than previous models and found new ways to utilize its curved screen. Parts of LG’s new phone can be taken off so that accessories can be attached, like a camera grip. In some ways, the 10 feels like it’s just catching up to its competitors rather than pushing things forward. Despite this, HTC has improved its flagship in all the right places, which is what really matters. 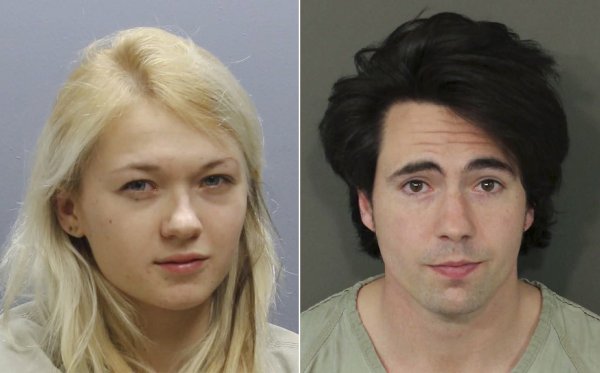