John Cena has been locked-and-loaded for stardom for a while now.

Last year alone, the WWE wrestler appeared in supporting roles in Trainwreck and Sisters; he was good in both, and perhaps the best thing about the latter. And now, with Fox’s reality series American Grit, premiering Thursday at 9 p.m. ET, Cena makes a bid to be America’s next top post-wrestling superstar.

On American Grit, Cena notionally plays second fiddle to a team of four he calls “the cadre”; they’re military veterans who, like judges on The Voice, pick teams of competitors to mentor. “There’s always that fine line between confidence and cocky,” says one of the cadre about her new charge. “But you know what, that’s okay, because in the Marine Corps, we know how to do that attitude adjustment and break you down.”

Cena’s undergone an attitude adjustment of his own. Coming from a field in which brash boasting is the order of the day, the performer is, here, deferent both to less famous figures and to a set of ideas that have basically nothing to do with the rest of his career. (His devotion to the gig recalls an early Dwayne Johnson giving his absolute all to movies not quite worthy of the effort.) “America,” he intones at series’s start. “We never retreat from a challenge. Our finest hours have come with our backs against the wall. And it’s in this land of opportunity that I’ve built my career as a WWE superstar and beyond.” This is intercut first with footage of soldiers returning home, and then with Cena wrestling and posing at a Sisters premiere.

It’s a look that works on him. Reality-show hosts are often too-rigidly bound to ideas of their gigs’ sociological significance and the role they can play in making that significance more apparent; Jeff Probst’s dramatics on Survivor come to mind. There’s a certain flair in the way Cena speaks, fluently, the language of military veterans. Better still, there’s genuine grace in the way he lets the veterans themselves do most the talking.

American Grit was promoted heavily during the series finale of American Idol, and it’s a connection that makes intuitive sense. Both series have a retro-feeling idea of stardom as both deeply symbolic and a jumping-off-point for public service. On Grit, that service can be in the military or on behalf of the military, as with Cena’s own attempts to mold young men and women. At one point, Cena demands that the most insubordinate cast member apologize to his coach, making a clunky declaration that the contestant sleeps “under a blanket of freedom” provided by veterans seem as though it trips off his tongue. To camera, Cena declares, “I think this will help him evolve into a man.” Cena is not, himself, a veteran, but with his inflated physique and carefully-crafted good-guy image, he’s a credible enough expert on masculinity.

Having spent years performing emotions that are meant to be read easily even by the back row at Wrestlemania, Cena makes his moments onscreen count. He gives the cast a “token for allowing me to be a part of something really special”; the token is giant steaks. It’s a sort of performative masculinity that’s too knowing to be camp but lovable all the same. Telling the cast that they’ve been chosen for their refusal to give up, he announces, “I dig that!” They have to quit the show themselves if they want to leave: “Hell, I can’t even send you home if I want to!,” he says. It’s the “Hell,” as scripted as any of Survivor‘s tribal councils but delivered as if it just came to mind, that makes Cena seem more real than real. He’s at once relatable and outsized—a star. 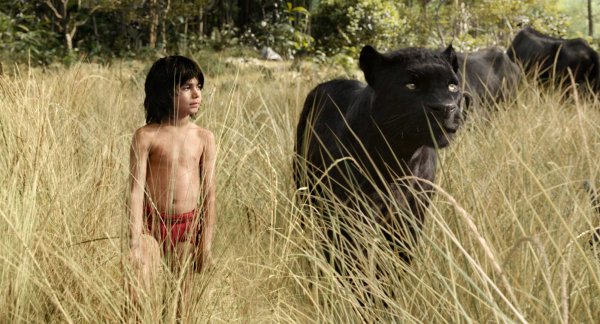