The Panama Papers blew the lid on the murky world of tax havens, illustrating the rampant tax dodging that occurs when international corporations and the super wealthy take advantage of a weak international tax system that has been rigged for their benefit.

For four decades, a single law firm, Mossack Fonseca, set up more than 200,000 shell companies in secret and out of the reach of tax authorities and regulators. This systematic abuse of an outdated and disjointed global tax system allowed large corporations to avoid paying their fair share, depriving governments—rich and poor—of the resources they need to invest in vital public services like schools, roads and health care.

And this is precisely the system that has created runaway global inequality, where only 62 people in this world own as much a half of humanity, and where the wealth of the richest 1% surpasses the combined wealth of the rest of the world.

Tax havens are at the heart of this rigged global system that governments and international institutions have refused to tackle head-on—at least so far. But they must.

A new Oxfam report shows that the 50 biggest U.S. companies have stashed more than $1 trillion offshore and use more than 1,600 subsidiaries in tax havens to avoid billions of dollars in tax each year. Such tax dodging costs the U.S. an estimated $100 billion each year, a gap that the average American taxpayer would have to shell out $760 to cover.

Ironically, these companies are among the largest beneficiaries of taxpayer-funded support. From 2008-2014, for every dollar they paid in federal taxes, the same 50 largest U.S. companies received $27 in federal loans, loan guarantees and bailouts, according to Oxfam’s calculations.

That’s likely related to the fact that these same companies rely on a multibillion-dollar army of lobbyists to influence federal tax policy. We calculated that for every $1 spent on lobbying, these largest 50 companies received $130 in tax breaks and more than $4,000 in federal loans, loan guarantees and bailouts. Clearly, it was a good investment on their part.

During this same time period, these companies earned nearly $4 trillion in profits globally—more than the entire GDP of Germany—but used offshore tax havens to lower their effective global tax rate to just 26.5%, well below the statutory rate of 35% set by Congress and even below average levels paid in other developed countries. As U.S. taxpayers are rushing to file their tax returns, we should be reminded that the average U.S. worker has a tax rate of 31.5%.

The same tricks and tools used by multinationals to dodge U.S. taxes sap another estimated $100 billion every year from poor countries, preventing them from crucial investments in education, healthcare and infrastructure that could help lift their societies out of poverty. That’s $100 billion that could provide safe water and sanitation to more than two billion people who currently go without. But instead, it’s sitting in tax havens from Panama to Bermuda to the Seychelles.

When corporations don’t pay their fair share of taxes, governments—rich and poor alike—are forced to cut services or make up the shortfall from working families and small businesses. Neither is acceptable.

The Panama Papers shed some light into the shadowy world of tax havens and have started and global conversation about tax dodging. Let’s hope they will also provide a dose of courage to politicians to take action. Congress can start by passing the Stop Tax Haven Abuse Act. 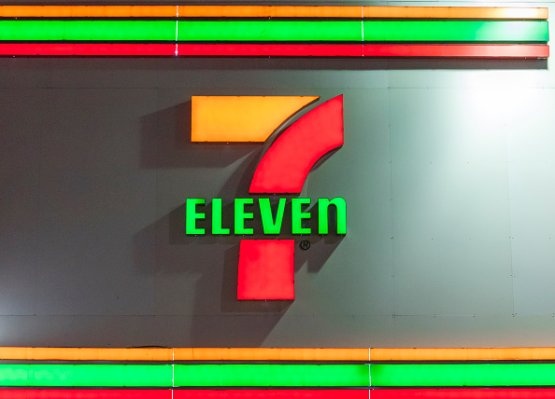 Americans Can Now Pay Their Taxes at 7-Eleven
Next Up: Editor's Pick