Clothing manufacturer American Apparel is reportedly laying off hundreds of employees in an effort to streamline costs after emerging from bankruptcy.

According to the L.A. Times, 500 workers have been laid off out of a total Southern California employee pool of more than 4,000. Chief Executive Paula Schneider reportedly wrote to staff last week saying the company needed to “redesign” its “production process” and will potentially stop making some of its own clothing in L.A. This could mean outsourcing more complicated items like denim goods to other companies, though Schneider says everything will still be made domestically.

Founder Dov Charney, who was ousted as CEO and chairman over accusations he’d misused funds and behaved inappropriately with employees, said the move marked a departure from the company’s ethos. By “outsourcing and searching for ways to pay people less money,” he said, “[t]hey are doing exactly what American Apparel fought against.” 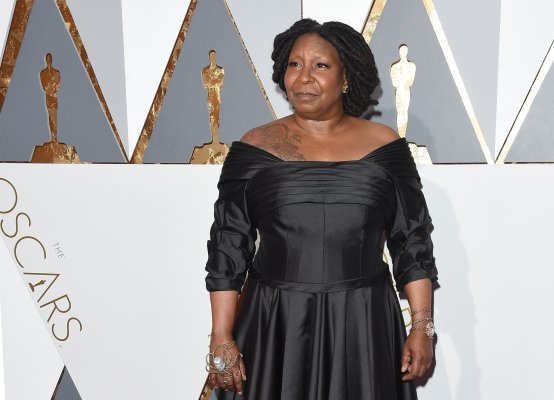 Whoopi Goldberg Gets Into Marijuana Business
Next Up: Editor's Pick