In an unprecedented use of Shari‘a on a non-Muslim in Indonesia, a Christian woman in the conservative Aceh province has reportedly been caned for selling alcohol.

The 60-year-old woman was caned 30 times in the presence of hundreds of onlookers on Tuesday, an official told Agence France-Presse (AFP).

Aceh is one of the most conservative provinces of Muslim-majority Indonesia, and the only part of the country that enforces sharia law for crimes like adultery, consumption of alcohol and homosexuality. On the same day, a pair of German tourists were reportedly reprimanded by local authorities and let off with a warning for wearing bikinis at one of the province’s beaches.

A Muslim couple accused of adultery received 100 lashes along with the Christian woman on Tuesday.

Although the religious law was previously only applicable to Muslims, an amendment that took effect last year extended its reach to practitioners of other religions in particular cases, according to an official from the prosecutor’s office of Central Aceh.

“This is the first case of a non-Muslim being punished under Islamic criminal bylaw,” the official, Lili Suparli, told AFP.

Aceh has operated under Shari‘a since 2001, when it was declared partially autonomous in an effort to quell a separatist uprising. 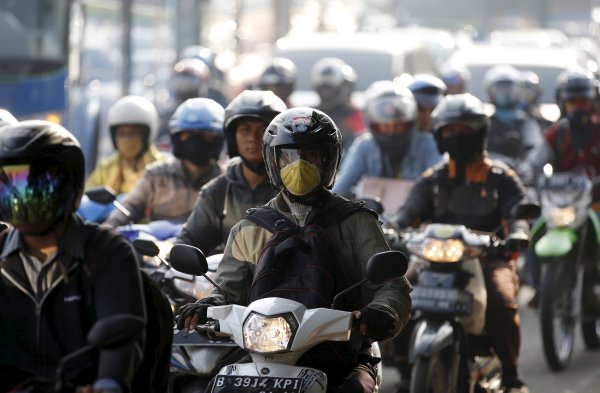 Uber Launches Motorbike Service in Jakarta
Next Up: Editor's Pick