Uber Has Launched a Motorbike Service in Jakarta

Motorcyclists ride on a major route next to a toll road into Jakarta on Feb. 25, 2015
Darren Whiteside—Reuters
By Nash Jenkins

There’s UberChopper (helicopter shuttles), UberEats (food delivery), and now, in Jakarta, UberMotor — a motorbike-cab service offered by Uber to ease the woes of getting around what some say is the world’s most congested city.

After doing a beta test of the service in Bangkok and Bangalore, Uber launched UberMotor in the Indonesian capital on Tuesday evening local time. It’s the company’s latest foray in a city where more traditional taxi companies have been reluctant about — and occasionally hostile to — to the growth of ride-sharing app firms like Uber.

Since entering the Jakarta market in late 2014, Uber has done well, largely because it offers a cheaper alternative to navigating the capital’s jammed streets. (A recent ride in a local cab from Soekarno-Hatta International Airport into central Jakarta cost about $30; the return trip on Uber was only $6.)

The motorbike-taxi idea is not a new phenomenon in Indonesia, which has the world’s third largest number of motorcycles, according to the Jakarta Post. There are others firms that do the same thing, like Grab and GoJek (which boasts a fleet of 200,000 drivers), but Uber says that its rates are the town’s best, the BBC reports.

Traditional cab drivers will likely not respond kindly to this new incursion into their market. In late March, thousands of Jakarta cabbies brought parts of the city to a halt when they went on strike to protest the advent of ride apps. 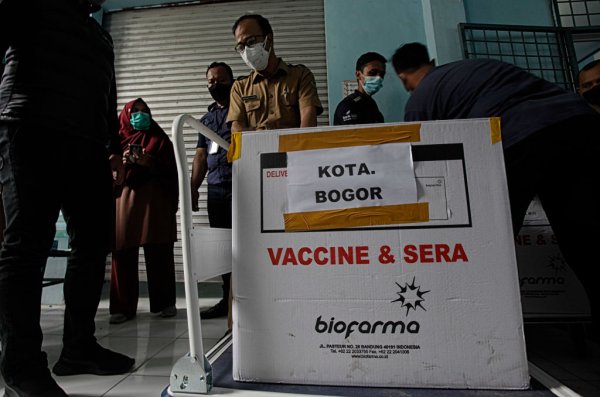