An Introvert's Guide to Getting Ahead

Answer by Rebecca Massey on Quora.

Ideally, you leave for a company that suits you better.

But the world of employment is the last thing from ideal, especially in 2016. We all need to pay the bills, and at some point or another we’re all going to end up in at least one job whose culture isn’t a good fit.

So if you’re an introvert in a company whose culture involves lots of extracurricular socialization, you really only have two choices until you can get out of that job: figure out how to escape, or learn to deal with it. The latter may be painful to you. The former may be painful to your career. The method you choose may depend on which consequence is more tolerable to you.

Figuring Out How to Escape
Before you choose this option, recognize that even if you have the most legitimate and blame-proof escape route in the entire world, a party-hearty company and its like-minded employees may still judge you for not participating in the culture. Culture is an incredibly important part of any job. If you aren’t seen as a “team player” or “one of the gang,” your status at your job is going to suffer, no matter how good you are at your work.

Here are the only three honest ways to escape from out-of-work events:

Be honest: “I don’t want to go. It’s not my thing.” As is often the case with radical honesty, this method carries both the highest risk and the highest reward. You’ll be declaring outright that a big part of the job (again, company culture is extremely important to any job) is something you don’t like and don’t want to do. This may cause bosses and coworkers to take it personally (“Does she not like us?”), make efforts to reach out and persuade you otherwise, or even judge you as an employee if they view the socializing as part of the job. Or, they may appreciate your honesty and leave you alone. Regardless of the consequences, being honest does free you from pouring time and energy into schemes to avoid, well, expending time and energy.

Have another commitment. Have a reason you can’t go: You’re dogsitting for a friend, you have to catch the last train or you’ll be stuck, it’s your weekend with the kids, whatever. But if you don’t have an ongoing, standing reason why you have to go straight home after work and can’t do things in your off time, then you’re going to be stuck creating or inventing a constant stream of other commitments. And the sad reality is that even the most plausible excuse is going to wear thin over time. (I guarantee you that every parent reading this has had a boss or coworker argue with them about whether they really need to go be with their kids.) There is only one legally ironclad excuse not to socialize outside of work time: Employers are legally prevented from punishing you for participating in service in the National Guard. However, nothing prevents them from punishing you for “being a bad fit” or “not being a team player,” which are subjective things that you’ll probably have a tough time refuting in court.

Quora: What are some things that hold people back from being successful?

Do work instead. On the one hand, most bosses aren’t going to argue with an employee deciding to do more work, especially if it’s good work. On the other hand: This leads to spending extra time at work and extra energy doing work. It may create an expectation that you’ll always be the one to put in extra time and effort (“Everyone else can leave early — John will stay here and take care of things, won’t you, John?”). It may invite peer pressure to “relax” and “take a break from work once in a while.” And if your boss ever commands you to put down the work and come out with the team instead, you’re stuck.

Whatever you do, do not lie that you’ll come to events and then not show up. This is as disrespectful and childish to do to coworkers as it is to do to friends, and it’ll raise questions about your honesty and reliability in other matters as well.

Learning to Deal With It
You’ve decided to stay and fight the battle. The good news is that you’ve made the best choice for your career. The bad news is that this may not be the best choice for your sanity, since it’s going to involve one of your least favorite and most exhausting things to do. Mix and match from the below to survive each social event:

Deal with the dread. (Note: If you have diagnosed social anxiety, follow the recommendations of your healthcare professional.) Yeah, I know you don’t want to do this. But it’s only going to be worse if you get yourself worked up about how much you don’t want to do it. You can recognize and accept the emotion without letting it win the situation. Meditate, pray, visualize a peaceful place, recite the Litany Against Fear from Dune, watch cute animal videos right before you go out, whatever it takes.

Make an appearance. Go to the event, set a personal time limit for how long you’re going to stay (generally it needs to be at least 30 minutes to not look weird), and then politely say goodbye and leave. Don’t negotiate, just go. If you need to, practice a short goodbye speech alone at home until you can rattle it off as easily as breathing. Some of the problems with the “escape” option can bleed into this (people taking it personally, etc.), but no one will be able to say “You never come out with us” or “He doesn’t do things with the team.”

Quora: What’s the worst thing a boss has ever asked you to do for your job?

Try to steer the social activity into something you like, or at least something that’s more accommodating for you. The whole thing might be less painful if it’s an activity you like, or a place that’s convenient relative to your commute or your wallet. So try suggesting something. This is less likely to work if the social activities tend to be the same thing at the same place week in and week out. But if your group likes variety, it should be an easy sell. (And if you can persuade them to go to a movie, that’s an hour and a half to two hours where you don’t have to talk to anyone.)

If you like any of your coworkers, cling to the ones you like. Any situation is easier to deal with if you’re around people you like. Even if you don’t talk much or at all, just hanging out in the same group as other people will give the impression that you’re “participating.”

Take breaks. Get some fresh air, take a “phone call,” or go to the bathroom. People will notice if you do this too often or for long periods of time, but you can use it as a safety valve at least once an hour without upsetting anyone.

Keep your “work face” on. Depending on your field and your group of coworkers, a lot of the social event may just end up being talk about work anyway. If so, treat the event just like a meeting at work and don’t drop your work demeanor. Use it as a learning opportunity, even if all you learn is why everyone thinks Bob sucks at his job.

Make sure you have an opportunity to decompress afterwards. Try to schedule your time so that the work social event isn’t followed by something else stressful. Have something that relaxes or entertains you ready to go.

Quora: What do people frequently get wrong when they write cover letters?

Change? Alternatively (or in addition) to all of the above, commit to learning a new skill: Being social with coworkers. How you do this will depend on figuring out what drains your energy in social situations. Rapid fatigue? Fear of embarrassment? Not knowing what to say or how to start a conversation? Traumatic past social experiences? Something else? All of the above? Or maybe you genuinely don’t know why it’s hard, you just know that it’s hard. In any case, possible resources to help you can include websites, books, classes, studying an extroverted friend, therapy, life coaching, Toastmasters, and many more. If you’re an introvert and your industry is dominated by social butterflies and extroverts, this is highly likely to be your best option of anything in this list.

Be extremely careful with using alcohol to get through social events (to say nothing of other drugs). If you’re not already the kind of person who likes to have a drink when they socialize, you’re only adding stress and worry to an already stressful and worrying situation. One drink also has a way of turning into four drinks in taxing situations, and the last thing you want is to do is become part of company lore for the wrong reasons.

If Nothing is Working
You’ve tried to either get out of socializing or deal with socializing, and it’s not working. Maybe your coworkers are all such jerks you can’t stand to be around them in any context. Or they like to get blitzed every Friday, and you don’t, and they just don’t get why you’re “no fun.” Or you’re being punished directly or indirectly for not socializing enough. If you’ve truly put in a good faith effort and you still can’t stand the culture and nothing is getting better or easier, it’s time to leave. The accumulated emotional toll is eventually going to start taking a physical toll, and no job is worth your health. Period. Your health is something you cannot afford to sell for any price.

No job is perfect. At some point, almost everyone ends up in a job with a culture that’s challenging. If you’re an introvert currently dealing with a very social company, don’t just try to power through, or to shame yourself with “oughts” and “shoulds.” Choose a strategy that works for you, and go with it. The worst that happens is that it doesn’t work, and you change strategies or you leave. The best that happens is that you’re able to thrive in your job without too much hardship. Either way, you’ll be fine in the end!

This question originally appeared on Quora: How can an introvert get ahead at a company whose culture involves lots of extracurricular socialization? 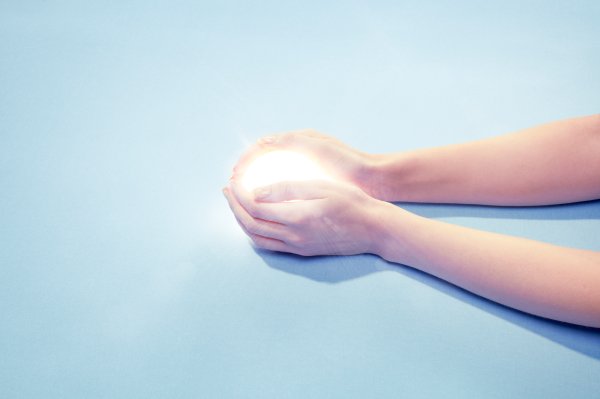 How to Create Meaningful Connections While Networking
Next Up: Editor's Pick