Flint's Water Is Still Undrinkable But Getting Better

The level of lead in Flint’s drinking water exceeds the limit allowed by federal law and is still undrinkable months after the city returned to its previous water supply, according to a Virginia Tech researcher who first shed light on the city’s water crisis.

Samples of the Michigan city’s water has lead levels of 23 parts per billion (ppb), according to a study released Tuesday by Virginia Tech’s Marc Edwards, which is above the Environmental Protection Agency’s federal action level of 15 ppb. The level, however, is lower than test results by Virginia Tech researchers in August 2015 that found lead levels of 28 ppb. Still, one home in this round of testing was found to have lead levels of as high as 2,253 ppb.

Read more: The Flint Water Crisis and How Lead Got in the Water

“Virtually all homes in Flint must be considered at risk, at the present time, for elevated lead in water,” according to the study, unless homeowners were certain there was no lead plumbing in the home. “All Flint residents should continue to use bottled water, or Flint water passed through a lead filter, for cooking or drinking until further notice.”

In 2014, Flint stopped using water from Lake Huron that it obtained from Detroit and began drawing water from the Flint River. It was a move designed to save Flint money but triggered a citywide crisis after it was discovered that proper corrosion controls were not used to prevent lead from leaching into the water supply. Lead is a neurotoxin that can have devastating effects for children later in life.

A number of lawsuits have been filed against city and state officials, who for months claimed the water was safe to drink, and Congress has been holding hearings to determine how the crisis unfolded.

The Virginia Tech study, which sampled 174 homes, confirmed the EPA’s own research finding about 8% of Flint homes sampled were still above the federal action levels last month. For the homes that tested highest for lead, Edwards said it’s possible that chunks of lead that had fallen off of pipes had triggered those elevated levels.

Read more: Why the EPA is Partly to Blame for the Water Crisis

But the latest research led by Edwards, who was the first independent researcher to raise alarms about lead contamination in Flint homes, did include some good news. While lead levels had decreased since August, levels of iron, which have caused water in some Flint homes to turn red, were also down from last year’s study.

“The system is definitely on its path to recovery,” Edwards said in a news conference Tuesday. 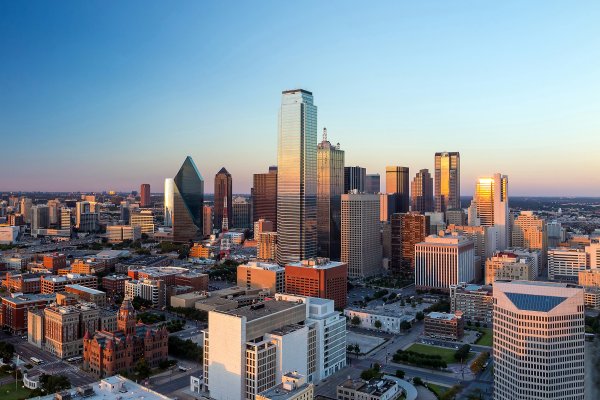 These Are America’s Fastest Growing Cities
Next Up: Editor's Pick