Here's How Game of Thrones Brings Daenerys's Dragons to Life

With season six less than two weeks away, Game of Thrones has released a new featurette that takes fans behind the scenes of the impressive visual effects used on the HBO drama. The video focuses on VFX supervisor Joe Bauer and VFX producer Steve Kullback, who explain how they create the characters, environments and scenes that make the world of G.o.T. as stunning as it is.

The two discuss the ever-growing scope of visual effects work each season, specifically noting the massive green screen that was built to create the Wall in season four’s “Watchers on the Wall” and the many components of Drogon’s appearance in the fighting pits in season five’s “The Dance of Dragons.” Bauer also reveals how he pitched the fiery effects for the scene. “Now what we need to do is to get a flamethrower that shoots 50 feet, strap it to a robotic crane, put it in a bull ring in Spain and hit 20 people with it,” he says.

Game of Thrones returns on April 24 on HBO. 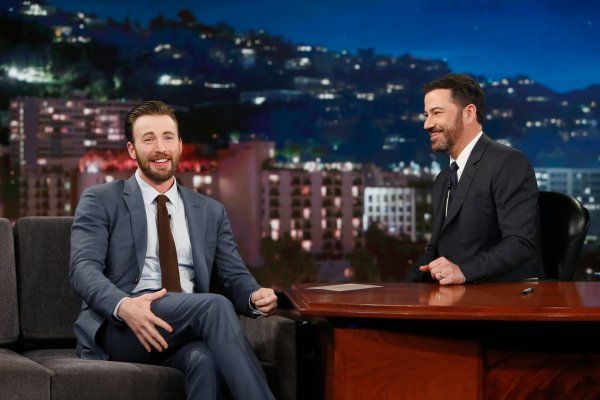 Watch Chris Evans Admit He Knows All the Words to The Little Mermaid
Next Up: Editor's Pick