Here Are the Candidates for the Next U.N. Secretary-General

Helen Clark looking on as she speaks during an interview in Berlin, on Sept. 16, 2015.
Michael Kappeler—PA
By Tara John

For the first time in its 70-year history, the United Nations will see candidates vying for the top job of Secretary-General make their pitch to the public from April 12-14.

The contenders will each have a two-hour slot each to present their case to the General Assembly, which include 193 Member States, and Observers, the State of Palestine and the Holy See, and answer any questions. The occasion will be broadcast live on the U.N.’s webcast site in what they describe as the “job interview in front of the whole world.” This push towards transparency is in sharp contrast to previous contests for the role, where candidates and the governments backing them usually campaigned behind closed doors.

There are currently eight candidates, half of whom are women, hoping to succeed incumbent Ban Ki-moon. There is also no deadline for joining the race and, according to the Associated Press, there are rumors that Vice President of the European Commission Kristalina Georgieva and German Chancellor Angela Merkel could make strong late entries.

According to the Financial Times, the U.N. has an informal rotation system for Secretary-General and it is widely expected that the next chief will come from Eastern Europe. There’s also never been a woman to take the position — and so the 63-year-old Bokova has emerged as one of the favorites. The Bulgarian is the first woman to head UNESCO, a role she has held since 2009. She was also the former Bulgarian ambassador to France and Monaco, and speaks four languages: English, French, Russian and Spanish.

The senior diplomat from Moldova is the daughter of the first president of the country, Mircea Snegur, 47. She served as the country’s foreign minister and worked as an ambassador in numerous European countries. According to the Guardian, Gherman’s main involvement with the U.N. has been to push its agenda on development, with a focus on human rights and gender equality.

At 39, Liksic is one of the youngest contenders. He is currently the foreign minister of Montenegro and was prime minster of the country from 2010-2012. His pro-NATO and pro-Western stance, says the Guardian, will not endear him to Moscow.

Credited as being one of Slovenia’s founding fathers, the former Slovenian president served as a U.N. ambassador in the 90s and worked in a senior political post under former Secretary-General Kofi Annan. He has also worked closely with Amnesty International advising on cases involving human rights violations in former Yugoslavia.

The former New Zealand prime minster, who held the post for close to a decade (1999-2008), became the fourth female contender for the U.N. top job. She has been head of the U.N. Development Programme for seven years and is seen as well-suited to handle the pressure that comes from leading the world body.

The Socialist and pro-European Guterres, 66, finished his term as U.N. High Commissioner for Refugees in 2015, after working at the refugee agency for a decade. Prior to that he was Portugal’s prime minister from 1996-2002. The high-profile candidate is seen as a strong contender due to his tenure at the UNHCR, sounding alarm bells about the growing migrant crisis.

The former Croatian foreign minister and deputy prime minister set up the first feminist organization in former Yugoslavia in 1979 and later oversaw her country’s entry into the EU in 2013. The 63-year-old, according to the Guardian, organized civic society meetings between the Serbians and Croatians while the two countries were at war.

Kerim, 67, is a long-standing diplomat for Macedonia. He served as foreign minister for Macedonia in early 2000 and was ambassador to several countries and the U.N. He was also President of the U.N. General Assembly from 2007 to 2008. He has listed reforming the U.N. as his top priority in his Secretary-General vision statement. 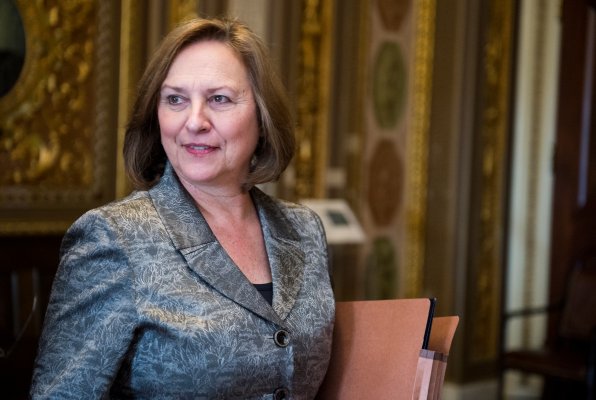 You Have a Right to Know How Your Pay Compares
Next Up: Editor's Pick