A fifteen-year-old Nigerian refugee at the Minawao camp in Northern Cameroon, on April 5, 2016.
Karel Prinsloo—UNICEF/AFP/Getty Images
By Tara John

Boko Haram is using children as suicide bombers at an increasing rate in West Africa, according to a new report by UNICEF.

The report found that 1 in 5 suicide bombers deployed by the terrorist group in the past two years have been children—and most of those children were girls. The tenfold increase of children coerced into carrying bombs, from 4 in 2014 to 44 in 2015, has created “fear and suspicion” in communities who now view them as a threat, wrote the U.N. children’s agency on Tuesday.

Cameroon saw the highest number of attacks (21) that involved children between January 2014 and February 2016, followed by Nigeria (17) and Chad (2). Children as young as 8 are being used as bombers by the insurgent group, while more than 75 % of the children involved are girls.

“Let us be clear: these children are victims, not perpetrators,” UNICEF Regional Director for West and Central Africa Manuel Fontaine said in a statement. “Deceiving children and forcing them to carry out deadly acts has been one of the most horrific aspects of the violence in Nigeria and in neighboring countries.”

Boko Haram has been attacking soft targets like markets and mosques with bombers since losing a large amount of territory in Nigeria due to a military offensive. 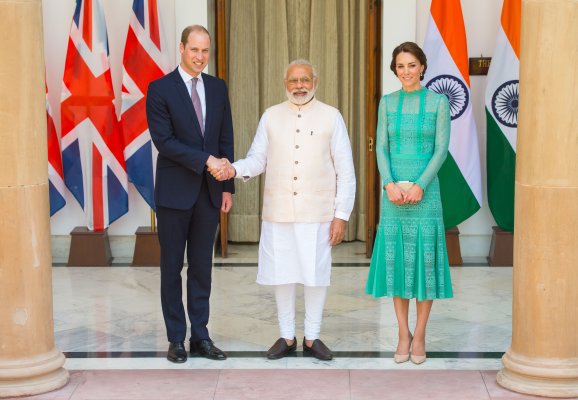 Prince William and Kate Middleton Had Lunch With Narendra Modi
Next Up: Editor's Pick