Germaine Greer speaks at The Age Book of the Year Awards as part of the opening night of the Melbourne Writers Festival on August 22, 2008 in Melbourne, Australia.
Kane Hibberd—Getty Images
By Tara John

Prominent feminist academic Germaine Greer, who has drawn criticism for her controversial views on transgender women, defended her beliefs on an Australian television show this week, sparking a renewed backlash.

The Female Eunuch author has been accused in the past of transphobia, most recently when she told the BBC in 2015 that transgender women are “not women.”

During Monday night’s panel show Q&A on Australian network ABC, an audience member confronted Greer about her stance. Initially, the Australian-born academic appeared to concede that she had reconsidered her beliefs: “I agree that when I first was thinking about what is a woman, I fell for the usual view that women were people with two Xs and men were people with an X and a Y,” Greer said.”And I now realize…that this was wrong.”

But as the discussion continued, Greer backtracked. Using Caitlyn Jenner as an example, she said that what “wasn’t fair” is that “a man who has lived for 40 years as a man and had children with a woman and enjoyed the services—the unpaid services of a wife, which most women will never know…then decides that the whole time he’s been a woman.”

“At the beginning of your answer I thought you were digging yourself out of the hole, and now I wonder if you’ve just shoveled it back in,” said Tony Jones, the show’s host. To which Greer replied, “I belong in this hole.”

People on Twitter quickly responded by slamming Greer’s statements, the latest volley in an ongoing debate among feminists about how transgender women fit in to the movement. 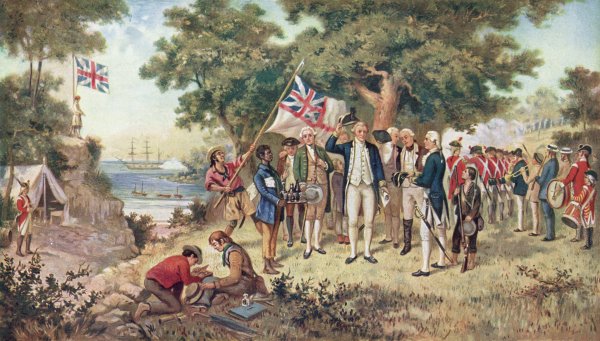 Australian University Says the English 'Invaded'
Next Up: Editor's Pick