Stephen Hawking has gained close to 1.5 million followers within hours of joining China’s version of Twitter on Tuesday.

In his inaugural post on social media platform Weibo, the famous cosmologist wrote: “Greetings to my friends in China! It has been too long…now I can communicate with you through social media – and I hope to tell you more about my life and work through this page and also to learn from you in reply.”

His arrival has been a hit, with the post receiving above 500,000 likes and reposted more than 260,000 times. He is joins the many western public figures, like U.K. Prime Minister David Cameron, Apple CEO Tim Cook and Bill Gates, who have signed-up to the site in recent years.

According to the Wall Street Journal, the A Brief History of Time author is so popular in China that he once described by Xinhua News Agency as has having “cult status… much like that of Tom Cruise.” 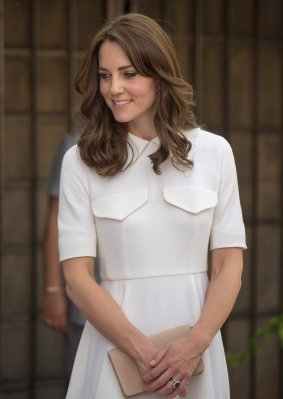 Kate Middleton Reveals How She Stays So Slim to Party Guest in India
Next Up: Editor's Pick