Nyle DiMarco Impresses as Tarzan on Dancing With the Stars

Peta Murgatroyd and Nyle DiMarco on 'Dancing With The Stars' on April 11, 2016.
Adam Taylor—ABC via Getty Images
By Nash Jenkins

The world — or at least the millions-deep army of folks who watch Dancing With the Stars — is currently obsessed with Nyle DiMarco, the 26-year-old deaf model who’s occupying the spotlight on the show’s 22nd season.

And he didn’t disappoint Monday night, when he appeared shirtless and performed a backflip in a tribute to Disney’s Tarzan.

“The lord of the jungle is now the lord of the dance. You are perfectly undressed for the occasion, and one thing is for sure, we won the Emmy for best supporting loin cloth,” judge Bruno Tonioli, who three weeks ago called DiMarco “America’s next top dancer,” said following his performance, reports People.

DiMarco and his pro dancing partner Peta Murgatroyd performed a samba, which earned them 34 points out of 40 from the judges. 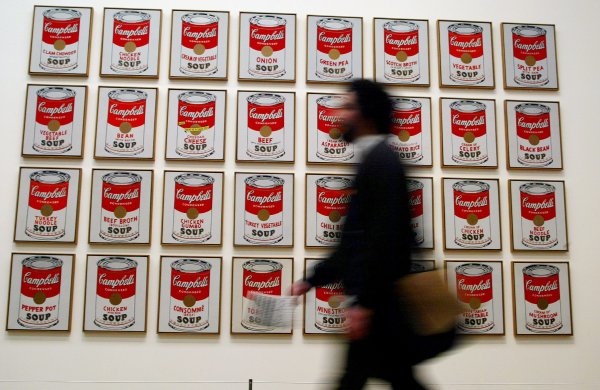 Reward Offered For Stolen Warhol Prints
Next Up: Editor's Pick