Johnny Chiang, a legislator from the Nationalist Party (Kuomintang), displays a video clip showing Taiwanese detained at a police station in Kenya, during a press conference in Taipei on April 12, 2016
Sam Yeh—AFP/Getty Images
By Rishi Iyengar

Taiwan on Tuesday said 37 Taiwanese were facing deportation from Kenya to mainland China, where they are wanted over suspected involvement in telecommunications fraud.

China regards Taiwan as a renegade province, and sees Taiwanese people as its citizens, even though the Taiwanese have governed themselves since 1949.

According to Taiwan’s Foreign Ministry, 15 of the 37 have been cleared of involvement in the telecom scam by a Kenyan court. Nonetheless, “we were notified that the mainland and Kenya may be attempting to send [the suspects] to China,” Chen Chun-shen, a Taiwanese Foreign Ministry official in charge of West Asian and African affairs, told reporters in Taipei on Tuesday.

He added that a Taiwanese diplomat “went immediately to the prison to see the detainees but faced all kinds of impediments.”

The news follows revelations that eight Taiwanese were deported to China on Monday in a move that Taiwan regards as “abduction.”

Beijing has been boldly spreading its dragnet far and wide in recent years, snaring ethnic Chinese on its radar regardless of their nationality. Gui Minhai, a Swedish passport holder who published books critical of Chinese leaders, was believed abducted by Chinese agents from his holiday home in Thailand in 2015. Gui’s colleague Lee Bo, also known as Paul Lee and a British citizen, was induced to leave Hong Kong and turn himself in to mainland Chinese authorities last December. 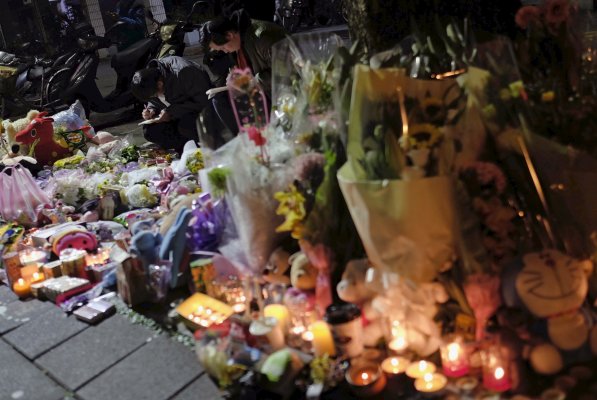 Young Girl Decapitated in Attack on Taiwan Street
Next Up: Editor's Pick