China Wants to Become a 'Soccer Superpower' by 2050

Ultra-supporters and fans of the Beijing Guoan FC celebrate together after a goal against Chongqing Lifan FC during their Chinese Super League match on June 28, 2015, in Beijing
Kevin Frayer—Getty Images
By Charlie Campbell / Hong Kong

The Chinese government has unveiled an ambitious blueprint to get 50 million children and adults playing soccer by the end of this decade, with the broader objective of becoming a “world football superpower” by 2050.

Despite boasting the world’s largest population and excelling at many sports, particularly athletics, China woefully underperforms at soccer and has only ever qualified for one World Cup.

A statement published Monday also outlines plans to have at least 20,000 soccer training centers and 70,000 pitches in place by 2020. Every county should have two full-size soccer fields, says the document, and every new urban residential compound should have at least one five-a-side court.

Officials hope this will boost the national team’s FIFA world rankings. China currently wallows in 81st position — sandwiched between Cyprus and Jordan, which share barely 8 million people between them. A stated interim target is to become one of Asia’s top teams by 2030.

The latest proposals come on the heels of a 50-point road map published by Chinese President Xi Jinping in 2014. A self-professed soccer votary, Xi is determined to fix the embarrassing state of Chinese men’s soccer. (China’s women’s team, by contrast, is relatively successful and even made it to the World Cup final in 1999, when they lost on penalties.)

Xi’s proclamation has spurred unprecedented investment in the Chinese Super League, which spent a net $300 million in the winter transfer window on top foreign players — more than Europe’s top five leagues combined. Chinese billionaires, clamoring to appear supportive of government policy, have poured money into teams around the country. Corrupt players and officials have also been purged in an effort to clean up the sport’s image following a raft of high-profile betting scandals.

“What’s very different now is that we have President Xi making public proclamations about his love of [soccer] and his ambitions for China,” says Simon Chadwick, professor of sports enterprise at Salford University in the U.K.

For the Chinese government, soccer prowess has become paramount to the nation’s resurgence on the world stage — and will hopefully distract China’s teeming population from a looming economic downturn. Monday’s announcement appears an attempt to meet top-level investment and institutional reform with a grassroots push.

According to Christopher Atkins, a soccer agent based in China, “The key to China becoming a top football nation is starting the development of players young and improving the concept of a football culture.”

However, success on the pitch was just a small part of Xi’s 50-point plan. Most steps actually concern building an industry around sport. Provincial governments have been tasked with creating “sports campuses,” but such facilities have an economic function.

At one level they are education facilities — where students can train at sport and also receive a proper education, in a similar mode to the U.S. college sports system. On another level, they are business parks, shared with companies designing and manufacturing sports apparel, manufacturers of gym equipment, sponsorship agencies and event-management consultancies.

“This is very much about the local community, the grassroots development of football, but also education and personal development,” says Chadwick, who has surveyed plans for one such campus outside the sprawling central Chinese city of Chongqing. “It meets the needs of the state while at the same time addresses some of the concerns the families have about their children playing [soccer rather than studying].”

Another part of the plan is to make local sports apparel brands like Li-Ning a major global rival to the likes of Adidas and Nike. “I can envisage China in 10-15 years being a sports-industry giant in the same way as America currently is,” adds Chadwick.

China is already making its sporting soft power felt globally, donating soccer facilities to resource-rich territories (often with less than stellar human-rights records). Dozens of nations across Latin America, Africa, Asia and the Caribbean have felt the benefit of what has become known as “stadium diplomacy.”

In 2007, for example, Costa Rica broke ties with Taiwan and officially recognized the rival People’s Republic. The next year, Chinese workers began construction of the three-tired, 35,000-seater new National Stadium in the capital San José at an estimated cost of $100 million. In 2010, when Angola hosted soccer’s Africa Cup of Nations, four new stadiums were built and paid for by the Chinese. Today, Angola is China’s second biggest source of oil.

“China has used [soccer] as a way of gaining access to mineral resources and exerting influence,” says Chadwick. That persuasiveness will only increase if China can show that it is as good as playing on pitches as it is at building them. 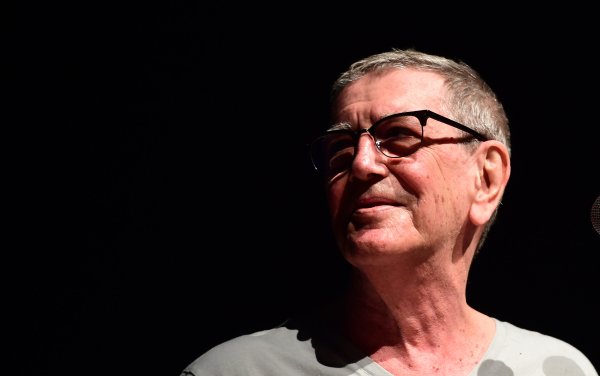 How Howard Marks Helped Revolutionize the Drug Trade
Next Up: Editor's Pick