Indian police personnel sit in front of a damaged building at Puttingal Temple in the Indian town of Paravoor, some 60 km northwest of Thiruvananthapuram, Kerala state, on April 11, 2016
Manjunath Kiran—AFP/Getty Images
By Rishi Iyengar

Five administrators of a temple in India, where a fire killed more than 100 people and injured over 350 others over the weekend, have surrendered to the authorities.

Among those that turned themselves in Tuesday morning were the president and secretary of the trust in charge of Puttingal Temple in Paravoor, Kerala, the Times of India reported.

At least 109 people have died thus far because of Sunday’s disaster, when a spark from a stray firecracker during an unauthorized fireworks display ignited the rest of other fireworks stored in one of the temple’s buildings. The resulting explosion killed several when the building collapsed, following which a rapidly spreading fire trapped dozens of pilgrims inside the temple. Local government officials said 383 others were injured.

Law-enforcement authorities have begun an investigation into the fire, and arrested several individuals in relation to the tragedy on Monday. They have charged around two dozen people, including several of the temple’s trustees, with attempted murder and attempt to commit culpable homicide, according to the Times.

Temple authorities have said, despite the tragedy, that they will not ban fireworks during festivals. 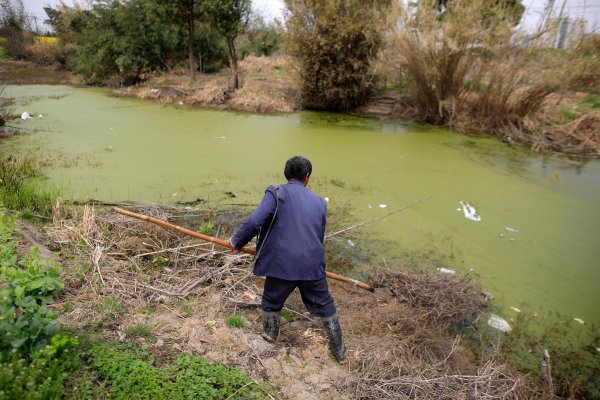 Water Is Polluted in More Than 80% of Chinese Wells
Next Up: Editor's Pick