Firefighter’s Wife Criticized for Breastfeeding in His Uniform

The photographer who snapped a widely shared picture of a woman breastfeeding her son while wearing her husband’s firefighter uniform said critics of the controversial image are detracting from its intended message of female empowerment.

Tara Ruby, a Texas-based photographer, said the photo she took was meant to be positive and inspiring to mothers of newborns who nurse while juggling demanding jobs, Las Cruces Sun-News reports. “The message is that you can be a full-time breast-feeding mom and work a full-time job and do both really well,” Ruby told the newspaper.

The firefighter’s wife, whose name has not yet been released, was “standing as a model for all the moms that actually are firefighters that are breast-feeding,” the photographer said.

Instead, her husband — a New Mexico firefighter, who works in Las Cruces — may face disciplinary action after an investigation into the photo, according to KFOX-TV. However, the fire department’s policy on uniforms does not specifically say if a spouse is allowed to wear a uniform, KFOX reports. 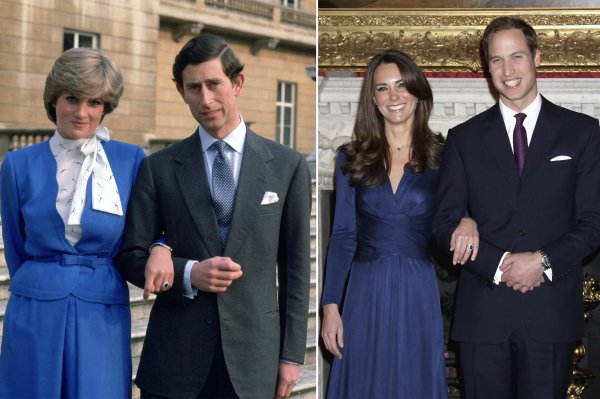 7 Times Will and Kate Made Us Remember Charles and Diana
Next Up: Editor's Pick