The new Apple Watch is seen on display after an Apple special event at the Yerba Buena Center for the Arts on March 9, 2015 in San Francisco, California.
Stephen Lam—Getty Images
By John Patrick Pullen

Almost a year into owning the Apple Watch, I’ve developed a love/hate relationship with the device.

On a positive note, it has fundamentally changed how I use my iPhone — that is to say, I use it less frequently. The downside is that there haven’t been many Watch apps that have really wowed me. Many apps take the impractical approach of shrinking their phone-sized interface down to a smaller screen. But the best Watch apps — including these seven standouts — feel purpose-built for Apple’s wearable.

Though it’s one of the Apple Watch’s default apps, it’s still one of its best. Once you get over the geekiness of paying for stuff with a wave of your watch, you realize Apple Pay is a fantastically convenient way to shop. Simply double clicking the Apple Watch’s side button brings your registered cards to the forefront — no need to reach for your phone or wallet to get checked out. Set it up before your next trip, and try it when paying for a cab. No cash, no card, no problems.

Putting the Apple Watch’s most advanced feature — its heart rate sensor — to work, HeartWatch is so good, you’d think Apple built the $2.99 app itself. As an everyday app, it continually monitors your heart rate, providing stats like your average, maximum, and minimum heart rate via easy-to-interpret visuals. As a workout app, it also keeps track of your heartrate zones, such as warmups, fat burning, fitness building, and high intensity. You can use it to track your sleeping heart rate, too. Get it now

Load up the free iTranslate app before embarking on your next international trip, and you’ll never encounter a language barrier. Able to translate your words into more than 90 languages, this Apple Watch app has a simple, two button interface. Tap the microphone button to use the Watch to record what you want to say. Then it will display your words in another language on the Watch’s screen. Press the speaker button to make the Watch play the translated message aloud. How do you say brilliant in Mandarin? One caveat: iTranslate requires an Internet connection. Get it now

Golf-centric GPS watches are great, but what do you do with them after leaving the links? With the free Golfshot app, you don’t have to change your wristwear when you’re done with the back nine. Relaying your iPhone’s GPS data to the Apple Watch, Golfshot provides real-time data to the green, without having to whip out your smartphone. It also provides flyover previews and helps you keep track of your score. Too bad it doesn’t help your short game. Get it now

In a world full of hackers, thieves, and digital snoops, securing your computer with a password is a must. But pecking in your password can be a drag. The $3.99 MacID app lets you unlock your Mac with the tap of the Apple Watch screen. Even better, it will secure your computer automatically when you (and your Watch and iPhone) walk away. Get it now

Start with 162 games per year. Multiply it by 30 teams. Now answer this question: How can any baseball fan follow all the action? The free MLB.com At Bat app can load you up with everything from box scores to broadcasts. Its wrist-worn counterpart can keep you abreast of all the scores at a glance. But the best part may be the Watch app’s pitch-tracking screen, which shows the hitter’s hot zones, displays the location of balls and strikes, and tells the velocity of the last pitch thrown. Home run. Get it now

A Tiny Game of Pong

The Apple Watch’s small screen means it’s not suited to games that require lots of hyper-accurate tapping. A Tiny Game of Pong solves that issue by smartly abandoning touch controls for the Watch’s digital crown. Simply turn the knob, and the paddle at the bottom of the screen moves, letting you return the volley, just like in the Atari classic. Get it now 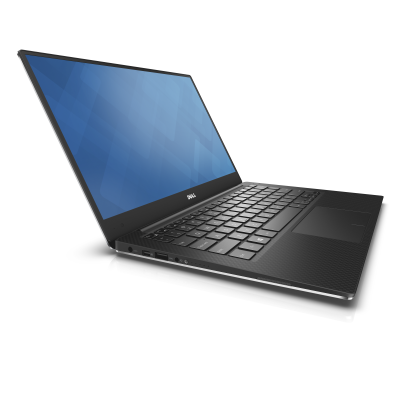 These Are the Best Windows 10 Laptops You Can Buy
Next Up: Editor's Pick