5 Things We Learned From the New Fantastic Beasts Trailer

A new trailer for the Harry Potter prequel Fantastic Beasts and Where to Find Them was released on Sunday and offered fans a look at what’s to come in the magical world of 1920s America. Starring Eddie Redmayne as magizoologist Newt Scamander, the film will explore the goings-on of New York City’s wizarding community during the prohibition era. Here’s what we gleaned from the preview.

Newt was expelled from Hogwarts: As the voiceover by Percival Graves—played by Colin Farrell—begins, we learn that the film’s protagonist is on his way to America after being expelled from Hogwarts School of Witchcraft and Wizardry for “endangering human life with a beast.” While it remains unclear exactly what Newt did to get kicked out, it seems safe to say that it has something to do with his magical suitcase full of exotic creatures.

Dumbledore “argued strongly” against his expulsion: Graves also reveals that one teacher made a case for Newt to stay at Hogwarts. Fittingly, that teacher was none other than Albus Dumbledore, who would have been in his mid-forties and still working as the school’s Transfiguration professor at the time. J.K. Rowling herself took to Twitter on Monday to discuss the connection between the two characters, explaining that “Albus Dumbledore is fond of Newt Scamander for the same reasons that I am fond of Newt Scamander.”

The suitcase is Muggle-proof: As Newt prepares to go through customs in New York, he flips a “Muggle Worthy” switch on his creature-filled suitcase making its contents appear as everyday traveling items to the official who inspects it. There’s even a yellow and gray striped scarf, which seems to be a nod to his Hufflepuff past.

Read More: Watch the Magical New Fantastic Beasts and Where to Find Them Trailer

It’s going to get political: Several of the trailer’s scenes appear to take place at the American equivalent to the Ministry of Magic, the Magical Congress of the United States of America (MACUSA), where we see a giant portrait of President Seraphina Picquery keeping watch over the main hall. However, viewers also catch a glimpse of a chaotic campaign rally for a man named Shaw, hinting at the political tension Rowling mentioned in her History of Magic in North America series.

A Niffler will make an appearance: First introduced by Hagrid in Harry Potter and the Goblet of Fire, Nifflers are small long-snouted creatures whose attraction to shiny objects can be useful for treasure hunting. Newt’s Niffler is first seen clutching a coin purse around the 1:34 mark. 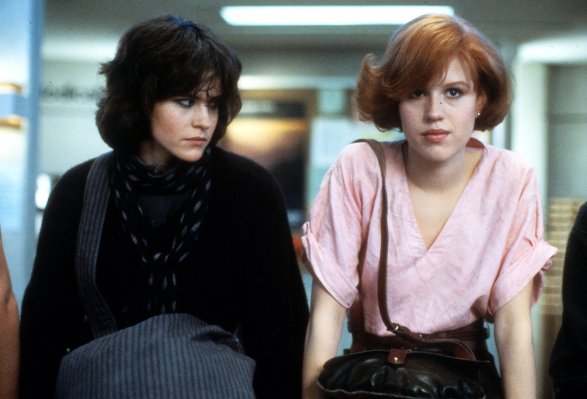