Ho Pui-han followed a marker left by poachers into the forest behind the Tsz Shan Monastery in Hong Kong. The sign was easy to miss. Just a white circle and arrow painted on a palm-sized stone. Inside the dense woods the signals were more brazen. Pink, yellow and blue plastic ribbons hanging from branches led Ho up muddy banks and over rocky streams. The poachers she tracked don’t trade in tusks or pelts. They hunt incense trees, which are prized for their fragrant resin.

Ho has committed her weekends for the past five years to investigating tips from villagers about poacher activity in the lush territories and islands that surround Hong Kong’s dense urban area. She founded an organization to save the trees last year, but by now, she says, almost all of Hong Kong’s oldest and largest incense trees have been felled. As smugglers raze younger trees, she fears the natural stock will be pushed near extinction like it has just across the border in mainland China.

For centuries, the resinous wood inside incense trees, agarwood, has been prized in East Asian religions, art and geomancy. But a recent surge in demand has raised the price of the internationally protected wood so drastically that it is sometimes worth more than its weight in gold. This temptation has drawn illegal loggers into Hong Kong, where the threat is not only environmental but also cultural.

Hong Kong’s history is rooted in incense trees. Cultivation began around the turn of the first millennium and the trees have long been a staple of traditional fung shui forests — woodlands preserved near rural settlements for good fortune. The island eventually became a hub for the wood’s export and earned it the name Hong Kong, which translates as Fragrant Harbor. To this day, agarwood features in joss sticks, prayer beads and sculptures, while its oil is distilled for perfume.

Ironically, the wood so coveted by humans is the product of a defense mechanism designed to protect the tree. Aquilaria sinensis, as the species in the region is technically known, secretes resin when wounded to suppress the spread of fungi and isolate decay in damaged areas. Years of saturation turn the pale yellow wood into a rich red and infuse it with a sweet aroma.

Nature’s schedule is too sluggish for a regular harvest — only a small percentage of trees will ever produce agarwood in the wild, so poachers stimulate production by chopping into a tree’s base or drilling into its trunk. This alone can be fatal, but if a tree survives, poachers will return to hack the tree into portable segments and then scrape away the soft outer flesh to reveal veins of dense agarwood within. If nothing else, the work is hardscrabble. Teams will set up camps deep within Hong Kong’s forests, far from the view of hikers and rangers, bringing enough supplies for what can be a long endeavor. Ho pointed to possible evidence of these camps along the trail behind the monastery: an empty bottle of water from a mainland brand, a plastic bucket, a glove and muddy clothes.

Even when smugglers are spotted, they tend to slip away. “By the time the police come they would have gone,” says C.Y. Jim, a professor of geography at the University of Hong Kong. “The border control does not have the means to detect the agarwood.”

Like Ho, Jim has been tracking the destruction of the wild incense-tree population. He studied official records and found that, in 2013, the Hong Kong government logged 96 theft cases, registered the damage of 168 trees and recovered 133 kg of wood. For these crimes, 41 people were arrested and 21 successfully prosecuted. But these figures underestimate the true extent of destruction, Jim says. Multiplying the recorded number of felled trees by five renders a better estimate, he believes.

The illegal loggers who descend on Hong Kong are thought to be just the front lines of criminal syndicates that supply an active agarwood black market. Business is good. Gerard McGuirk, a sales director at Asia Plantation Capital, says the industry is worth at least $6 billion, with illegal trades exceeding aboveboard sales. This volume is not surprising considering a kilogram of agarwood can fetch about $13,000, McGuirk says, with reports of the highest-grade wood selling for upwards of $120,000 a kilogram. Sculptures and bracelets made from the best wood, what is known as “sinking quality” because it is too dense to float, have been valued around $1 million. But the journey to payday is not without risk.

In general, destroying any tree on government land is an offense punishable by a year in prison and a $3,200 fine, according to the Agriculture, Fisheries and Conservation Department. In some specific cases, officials can also charge poachers with theft, which carries a maximum penalty of 10-year imprisonment.

The remains of an incense tree, thought to be felled and gouged by poachers in Hong Kong on March 27, 2016
Mark Rivett-Carnac

To replenish stocks while punishing felling, the department said it has planted about 10,000 seedlings a year around country parks since 2009. Ho and Jim remain skeptical of this program. Both asked how a sapling could replace a century-old tree. And both pointed out that the incense tree is still not on the local list of protected species, despite being designated as worthy of regulation in the Convention on International Trade in Endangered Species of Wild Fauna and Flora.

“It seems the government isn’t taking this issue seriously,” Ho says, so she brought her campaign into the halls of power. She rallied a dozen village leaders, environmental activists and concerned citizens to address an environmental-affairs panel held in Hong Kong’s Legislative Council in March. They were each given three minutes to speak, just enough time to describe how only a handful of incense trees still stand in forests where hundreds used to grow, some for four generations. “It pains me,” one man said, “because they were left by our ancestors.”

When asked how the government planed to protect the remaining trees, Under Secretary for the Environment Christine Loh said a detailed paper on the law-enforcement situation would be submitted in two months, adding that it was “not appropriate to make promises at this stage.”

Back in the forest behind the monastery, the hum of late-afternoon prayers floated onto the path where Ho stood. More markers lay ahead, but she had found enough evidence of poaching. Branches left to rot. Lobotomized tree trunks riddled with drill holes. Pits where full trees once stood now filled with dead leaves. More than enough to add this area to the list of more than 200 others sites where she has recorded poaching. 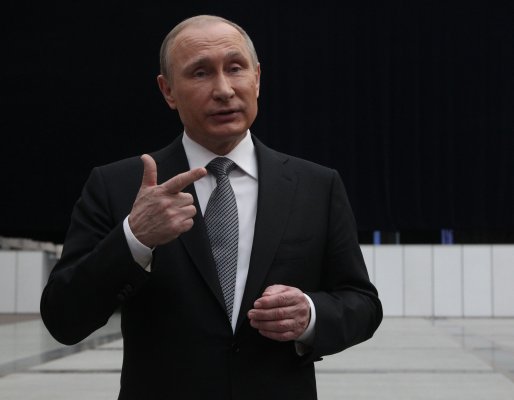