The Australian Maritime Safety Authority (AMSA) announced on Sunday it’s dispatching a warship with an airplane-black-box detector to aid in the search for missing Malaysia Airlines Flight 370. That ship sets sail after objects fished out of the Indian Ocean on Saturday were determined to be unrelated to the missing aircraft.

Australian black-box-detector ship Ocean Shield will take up to four days to reach the Flight 370 search zone. That zone is now 1,150 miles (1,850 km) to the west of Australia, reports the Associated Press.

The Boeing 777’s black box, if located, could provide investigators with valuable insight into what caused the aircraft to veer far off course before vanishing en route from Kuala Lumpur to Beijing with 239 people on board three weeks ago.

Meanwhile, objects retrieved from the Indian Ocean and initially suspected to be from the missing flight were determined to be “fishing equipment and other flotsam” unrelated to the flight, AMSA said.

Nine aircraft and eight ships combed the search area on Sunday looking for debris or other clues. They were joined by a merchant ship keeping an eye out as it sailed through the area, marking the greatest number of vessels involved in the MH 370 search to date. 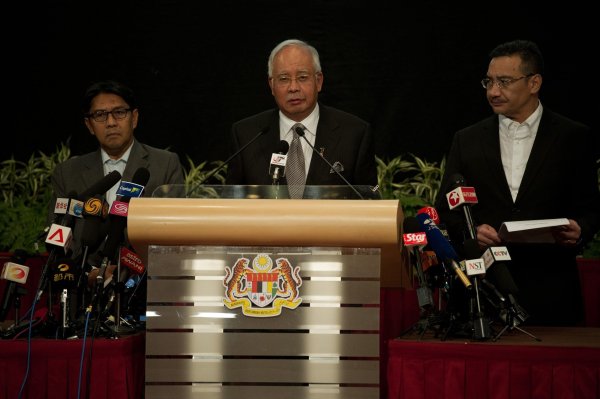 Search Called Off
Next Up: Editor's Pick