What We're Still Getting Wrong About Thomas Jefferson

An etching of a bust of Thomas Jefferson, his face depicted with a slight smile, 1800. From the New York Public Library.
Smith Collection/Gado/Getty Images
By Lily Rothman

When Annette Gordon-Reed went to see the musical Hamilton, her friends all turned to look at her when Thomas Jefferson appeared on stage. The group she’d gone with was made up of historians, after all, and Gordon-Reed is an expert on that particular Founding Father. She is the author of The Hemingses of Monticello—a National Book Award and Pulitzer Prize winner—and co-author, with fellow Jeffersonian Peter S. Onuf, of the new book Most Blessed of the Patriarchs: Thomas Jefferson and the Empire of the Imagination.

All these centuries after his birth—he would have been 273 on Wednesday—there’s still no shortage of work to be done on the subject of Jefferson. For one thing, the project of editing his papers is still ongoing. For another, our attitudes about the topics he discusses in those letters have changed so, as Gordon-Reed puts it, we ask different questions today than scholars did in the past, and thus get different answers.

Even so, Gordon-Reed says that there are at least two myths about Jefferson that endure to this day.

“I encounter sometimes people who think he was an atheist, that he was hostile to all religion, and that’s not true,” she says. “And that he really loved farming. People think that he wanted Americans to be farmers forever, but people at that time believed that civilization went through stages.”

But those subjects, however important they were to American history, are not why Jefferson’s legacy has proved controversial in recent years. His standing as a great man of early American history has been questioned due to the conflict between his stated ideals—not least the words he wrote in the Declaration of Independence—and the fact that he owned slaves. (One formerly pervasive Jefferson myth was that the rumors of his relationship with his slave Sally Hemings were false; Gordon-Reed’s own work has been instrumental in helping clear that one up. Today, few argue that Jefferson was not the father of Hemings’ children.) Though other Founding Fathers, like Washington and Madison, owned slaves, Jefferson is a particular disappointment because he left behind plenty of evidence that—though he didn’t necessarily believe that full racial harmony was possible in America—he did know slavery to be wrong, and yet continued to profit from the system.

But, Gordon-Reed points out, there’s a difference between being a role model and being a historically important figure. And that’s ultimately where she finds the explanation for the chasm between Jefferson’s words and his deeds. To her, the idea that Jefferson was anything other than a fallible man is another myth that it’s time to put to rest.

“Because he wrote the Declaration and because he wrote other indictments of slavery, people say, ‘Why didn’t you take the extra step and free your slaves?’ But one of the things that we talk about the book is that people aren’t always able to live up what they believe,” she says. “This is your way of life and he did not have the strength to move beyond that. That shouldn’t be a surprise. You can express disappointment, but it’s not a shocking thing.”

And as for Hamilton? Thumbs up. “I think what the portrayal captures is the mischievous nature of politics,” she says. “The show’s energy level goes up when [Jefferson] is there.” 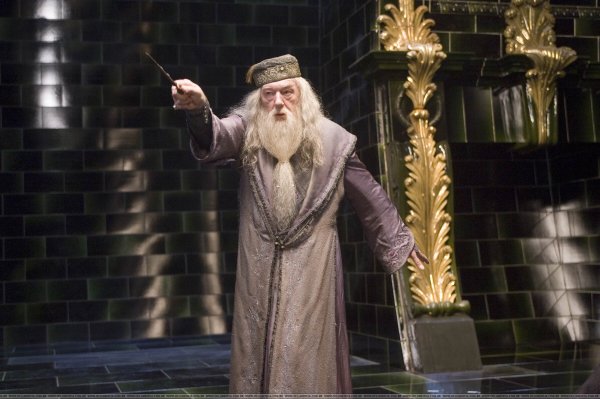