Labor Unrest Grows in China, Even in the Historic Heartlands of Revolution

Security guards protect the painting "Chairman Mao Goes to Anyuan" by Liu Chunhua, which was sold at an auction in Beijing 07 October, 1995 for $728,900 — at the time, the highest price ever offered for an auctioned Chinese oil painting. The painting, which depicts Mao in his late 20s on a trip to initiate a strike in the coal mining town of Anyuan, pushed the personality cult of Mao to a climax when it was issued during the Cultural Revolution.
Robyn Beck—AFP/Getty Images
By Hannah Beech / Pingxiang

The propaganda poster is one of the most iconic in the People’s Republic of China. Based on a painting by Liu Chunhua commissioned during the Cultural Revolution, it marks the moment in 1922 when Mao Zedong and other young communists helped organize a historic strike among miners in China’s coal country. The poster, called Chairman Mao Goes to Anyuan, shows a youthful man striding forward with socialist purpose to save the downtrodden masses. Even now, the image symbolizes the People’s Republic’s revolutionary zeal, much like the image of George Washington crossing the Delaware evokes the struggle for American independence.

Today, coal is still unearthed from the same hills of Jiangxi province. The city of Pingxiang, which includes the Anyuan district of Mao fame, is home to eight state-run coal mines. But only three are operational; the rest are victims of a global coal glut and a slackening Chinese economy. Thousands of idled miners were offered little more than $70 a month in salary earlier this year, on top of a series of wage cuts last year. Inspired by the Great Strike of 1922, hundreds of miners rallied on Feb. 29 and March 1 — a dangerous action in a nation where mass movements can lead to mass arrests. “We wanted to say that this money is not even enough for food,” says one protester, Zhong Yifeng. “How can you survive on such little money?”

Even though participants said they only held up signs peacefully, armed police were dispatched to break up the protest. (On its website, Pingxiang Mining Industry Group acknowledged that workers had gathered at its offices to “express their mass demands.”) Several protesters were injured in scuffles, say participants. But the miners are not cowed. If compensation isn’t increased significantly, some Pingxiang miners are considering more drastic means. “We may go petition in Beijing, shouting, ‘We must eat to survive’ in Tiananmen Square,” says Xiao Bin, another miner who took part in the protests. “It’s dangerous, but it’s just like Mao’s Anyuan strike, when the workers carried out revolution.”

Strikes are illegal in today’s China, as are any independent unions outside the party structure. Mass protests are also taboo. For decades, security forces, employed by a ruling Communist Party obsessed with maintaining social stability, made sure to break up any incipient labor movement. But with China’s economy slowing after years of double-digit growth, the nation’s workers see little option apart from taking to the streets — even at the risk of arrest.

Social unrest has spread nationwide. In the nation’s south, the cradle of China’s export-led economy, rarely a day goes by without workers at private factories engaging in civil action. High-profile labor activists have been thrown in jail. State-sector laborers, who contribute around 40% of China’s industrial output, have also raised protest signs, particularly in the nation’s northeastern rust belt. In just one example last month, thousands of state coal miners in a city on the Chinese-Russian border, rallied in March after the provincial governor incorrectly announced in Beijing that they had been paid their back wages. Overall, 2,774 strikes and protests erupted across the country last year, more than double the figure for 2014, according to the China Labor Bulletin, a Hong Kong–based watchdog.

Labor discontent is particularly acute in the state-run coal and steel industries. In February, state planners said China would shed 1.8 million jobs from these two sectors, which are notoriously inefficient and indebted. Reforms designed to tackle China’s worrisome overcapacity aren’t a bad thing, especially when President Xi Jinping’s government has, in general, tightened the state’s hold on the economy rather than loosening it and promoting private enterprise. But unlike the 1990s, when 30 million Chinese lost their state-sector employment, it’s not clear how China’s slowing economy will absorb this new wave of laid-off workers.

Earlier this month, Pingxiang Mining Industry Group finally gave miners $125 in back pay for the month of February. That’s better than $70 but still less than half of what workers once earned. The local public security bureau has posted signs warning those in the mining industry to “maintain social order” and “secure stability” in the mines. On its own website, Pingxiang Mining noted that, in the weeks since the protest, authorities “took many measures to maintain harmony and stability in the mines [including sending] capable people with arms to patrol around the key areas, collecting information on instability and solving conflicts and disputes.” (TIME was unable to get comment from Pingxiang Mining since no one answered their phones.)

Like hundreds of cities across interior China, Pingxiang is undergoing a building boom that underscores the nation’s growing income gap. On the outskirts of this coal town, miners live in unheated, cement-block shantytowns. Coal miner Xiao, 37, is the third generation of his family to work the mines. His grandfather died in a mining accident, his father of occupational lung disease. He has a Chairman Mao Goes to Anyuan poster decorating his Spartan home, where tap water runs black when it runs at all.

But elsewhere in Pingxiang, local officials have constructed grandiose, mostly empty museums that are being touted as integral to a red-tourism trail dedicated to China’s communist history. An outdoor movie studio, built by a coal boss, takes up prime real estate, even if locals say it has never attracted a single film or TV crew. Downtown, new luxury residences have sprouted, with glittering chandeliers and gilded fixtures. In a poster affixed to one such residential tower, a local real estate company uses an iconic image in an advertisement. It’s a famous portrait but it’s not of a certain Anyuan strike organizer. Instead, Uncle Sam, that embodiment of American patriotism, looms over a city made famous by Chairman Mao.

— With reporting by Yang Siqi / Pingxiang 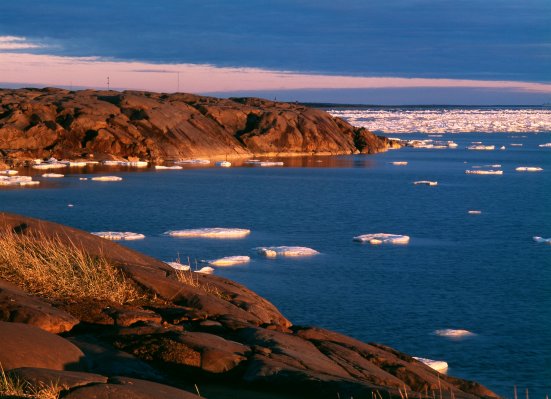 Canadian Community Overwhelmed by Suicide Crisis
Next Up: Editor's Pick