Melissa McCarthy Will Return to Gilmore Girls On Netflix's Reboot

Melissa McCarthy has officially signed on to Netflix’s Gilmore Girls redux, squashing earlier rumors that scheduling conflicts would prevent her from returning to the series.

McCarthy is slated to announce the news on Friday’s episode of Ellen, The Wrap reported on Thursday evening.

McCarthy is today one of the more prominent names in comedy — she’ll star in the forthcoming Ghostbusters reboot alongside SNL mainstays Kristen Wiig, Leslie Jones, and Kate McKinnon — but it was her role as Sookie St. James, Lorelai Gilmore’s confidante and the head chef at her hotel, that introduced her to the world.

“There has been something that I have been asked about so, so many times and it hasn’t worked out and there is… they’re making four new movies of the Gilmore Girls which is a show which was near and dear to my heart for four years and we could not get those schedules to work,” McCarthy told DeGeneres. “And there was a whole thing. And then I was gonna be out of the country and blah, blah, blah. And literally about an hour and half ago we figured out that I’m gonna go back and do it and I am so excited. And they are gonna be amazing.”

Gilmore Girls ended in 2007, but Netflix is bring the series back with a quartet of 90-minute episodes that will reunite most of the original cast. 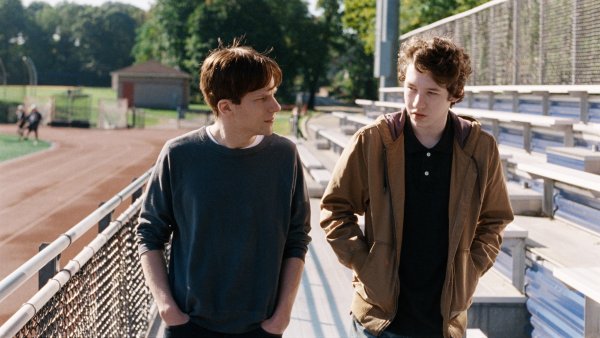 Review: Louder Than Bombs Is a Subtle, Potent Family Drama
Next Up: Editor's Pick