Here's Why Scarlett Johansson Is Hesitant to Talk About Wage Inequality

Scarlett Johansson attends the European premiere of 'The Avengers: Age Of Ultron' at Westfield London on April 21, 2015 in London, England.
Samir Hussein/Getty Images
By Megan McCluskey

Despite the fact that she was reportedly paid “roughly” the same amount as male co-stars Chris Evans and Chris Hemsworth for her role in Avengers: Age of Ultron, Scarlett Johansson has acknowledged the gender pay gap as a real and persistent problem. But during a recent interview with Cosmopolitan, the 31-year-old actress spoke about why she is reluctant to speak out about wage inequality.

“There’s something icky about me having that conversation unless it applies to a greater whole,” she said. “I am very fortunate, I make a really good living, and I’m proud to be an actress who’s making as much as many of my male peers at this stage… I think every woman has [been underpaid], but unless I’m addressing it as a larger problem, for me to talk about my own personal experience with it feels a little obnoxious. It’s part of a larger conversation about feminism in general.”

Johansson also spoke about other women’s issues, including the defunding of Planned Parenthood. “There are countries at war, there’s terrorism, global warming, and we’re like, ‘We should definitely cut the budget for Planned Parenthood. Let’s take away the availability of women’s health initiatives!’… It’s nuts,” she said. “We’re moving backward when we’re supposed to be moving forward.” 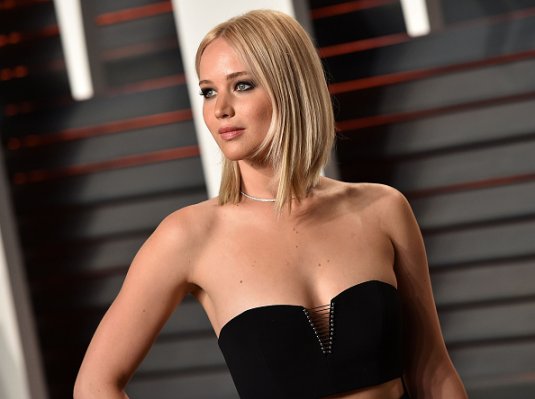 Jennifer Lawrence Says She Didn’t Expect Fair Pay Essay To Blow Up
Next Up: Editor's Pick