The demonstration in Rome's Piazza Santi Apostoli to demand justice for the death of Italian graduate student Giulio Regeni, who was found dead in Egypt, Feb. 13, 2016.
Riccardo Antimiani—Camera Press/Redux
By Jared Malsin/Cairo

For weeks after his death, the Egyptian government failed to offer a definitive explanation for the death of Italian graduate student Giulio Regeni, whose body was found on a desert roadside on Feb. 3, 10 days after he vanished from central Cairo. The body bore bruises, burns, and cuts to the ears and fingers, marks rights groups say are signs of the torture techniques used by the Egyptian security services. He was so severely wounded that his his mother later said she could only recognize him by the tip of his nose.

In the weeks that followed his death, Egyptian security officials maintained that Regeni, a Cambridge doctoral student who was in Egypt studying labor movements, had been killed in a car accident or had been the victim of common criminals. Italian officials demanded a full investigation, and the Egyptian prosecutor in charge of the case, Ahmed Nagi, said Regeni appeared to have died a “slow death.”

Then, on March 24, the Egyptian Interior Ministry announced it had shot dead four members of a gang that specialized in impersonating police officers and kidnapping and robbing foreigners in Egypt. In a house belonging to one of the suspect’s relatives, the ministry said it found a bag containing Regeni’s personal effects, including his passport and student ID cards, bank card, two cell phones and what the ministry described as “a feminine wallet,” as well as “a dark substance that looks like Hashish.” The ministry released photos of the items laid out on a metal tray.

Finally, Egyptian authorities had identified specific suspects in Regeni’s mysterious killing. But the Interior Ministry’s account unraveled almost as soon as it was made public. To begin with, the ministry claimed the suspects had died in a shootout, but photos of the scene of the gunfire showed no indication the men were armed. Graphic images published by Egypt’s El Tahrir newspaper showed the bloody bodies of two young men slumped over on the front seat of a microbus, bullet holes piercing the vehicle’s windshield. There were no weapons in sight. The family of one suspect also disputed the ministry’s account. In an interview with the Dream TV network, the uncle of one of the slain men claimed he had been arrested from his home early in the morning and later shot at close range and placed in the microbus. (According to the ministry, a fifth man was found shot dead in the microbus, following the killing.)

The ministry’s account contained other inconsistencies. If the gang’s aim had been robbery, why would they torture, much less kill, the Italian student? Why would the alleged gang have held on to the incriminating evidence for weeks? Italian investigators voiced skepticism. “The case is not at all closed,” one official told the ANSA news agency.

Egyptian human rights groups and analysts went further, arguing that the Interior Ministry was lying. “This is the most serious attempt by the government to provide a cover up for the truth, and it doesn’t work like that,” said Mohamed Lotfy, the executive director of the Egyptian Commission for Rights and Freedoms in Cairo. At least 474 people died at the hands of the security forces in Egypt in 2015, according to the Nadeem Center, a human rights group based in Cairo. Only a handful of those cases resulted in action to hold officials accountable. Under ordinary circumstances, Lotfy said, Egyptian authorities might simply neglect the investigation, or drop it when interest waned.

But Regeni’s case spurred a diplomatic crisis. His family, as well as Italian and European Union officials continued to press for a full investigation. The killing opened up a rift in Egyptian-Italian relations, imperiling what had been one of Egypt’s strongest relationships with any European state. The Association for Italian Tourism suspended package tours to Egypt, and top Italian officials threatened stronger action if Egypt did not immediately cooperate. “If there is not a change in tack, the government is ready to react, adopting measures that are both immediate and proportionate,” Foreign Minister Paolo Gentiloni told parliament on April 5, according to Reuters. The Italian company Eni is a major player in the Egyptian oil and gas industry.

Which is why activists like Lofty believe the government, faced with questions that would not go away, essentially invented the gang theory of the killing. “All this is pushing the government to give an answer that is basically convincing and at the same time not incriminating to anybody within the government, and, well, they came up with this,” says Lofty.

The international attention on the Regeni case offered a rare spotlight on the brutal experience of political repression in Egypt. Egyptian police and security agencies have a long record of torturing detainees, but the abuses have surged since the summer of 2013 when the military deposed Mohamed Morsi, the country’s first freely-elected president and a member of the Muslim Brotherhood. Following the military takeover, the Egyptian security forces launched a clampdown on political opponents, killing more than a thousand people on Aug. 14, 2013 while dismantling protest camps organized by Morsi’s supporters.

The crackdown soon expanded to sweep up a vast range of critics of the new military-backed government. The arrests, disappearances, and killings brought to an end an era of raucous street politics ushered in by the 2011 uprising that toppled dictator Hosni Mubarak. The authorities arrested students, journalists, and protesters of all political stripes. Within a year of Morsi’s downfall, an estimated 40,000 people were arrested, according to the Egyptian Center for Economic and Social Rights.

Under president Abdel-Fattah el-Sisi, the commander of the armed forces who overthrew Morsi, the Egyptian state has also expanded the use of arbitrary arrest, in which people vanish a detention system that the government refuses to acknowledge. Some who disappear are held for days, weeks, or months before resurfacing in the formal justice system or being released. Some turn up dead. Others never reappear.

Between December 2015 and March 2016, 209 people disappeared in total, according to the Egyptian Commission for Rights and Freedoms, an organization that tracks disappearances, and 105 of them have yet to resurface. In January, the same month Regeni went missing, three Egyptian men also turned up dead after being detained by the security forces, according to the commission and Egyptian news reports.

Giulio Regeni disappeared on Jan. 25, the anniversary of the 2011 uprising, a day when police had deployed in force to Cairo’s central neighborhoods in order to prevent protests. He left his apartment in the upper-middle class neighborhood of Dokki, reportedly on his way to meet a friend in downtown Cairo. Instead, he vanished, and his lacerated body was found on a desert highway outside of Cairo on Feb. 3. Three security officials later told the New York Times that Regeni had been taken into custody. The Interior Ministry denies he was arrested.

The Interior Ministry did not offer its account of the gang allegedly responsible for Regeni’s death until late March. When Italy reacted skeptically, Egyptian security officials appeared to back away from the theory. In a television interview last month, Interior Ministry spokesman Abu Bakr Abdel Karim stressed that the killing of the alleged gang members did not mean the Regeni case was closed. “This is just a thread,” he said.

Mourners follow the casket holding the body of Italian graduate student Giulio Regeni, who was found dead in Egypt, during his funeral in Fiumicello, northern Italy, Feb. 12, 2016.
Alberto Lancia—ANSA/AP

But Abdel Karim’s pronouncements did little to convince skeptical observers of the ministry’s narrative. “It is absolutely a cover up. I think the Italians are not buying it. I don’t think any security specialist bought it,” says Omar Ashour, a senior lecturer at the University of Exeter and an expert on the Egyptian security sector. “The fact that they’re doing all of this, killing suspects and making up all these cover ups, more or less covers up for something very dark and deep, which is probably that they tortured Giulio to death and they don’t want to pay for it, because impunity is the hallmark of the Egyptian security services since the fifties.”

Observers said the apparent cover-up demonstrates that Egyptian security agencies are operating with little oversight. Egypt’s Interior Ministry is an enormous bureaucracy that at its height in the years preceding the 2011 uprising was reported to employ more than two million people. As a result, the police and security forces operate with a degree of autonomy from other state institutions and leaders, including the judiciary and the president. In the Regeni case, Cair0-area prosecutors appear to have taken a different view of the killing from the Interior Ministry. Following the announcement of the killing of the alleged gang, the prosecutors demurely announced that the investigation was ongoing. As the weeks have worn on, officials in the Public Prosecutor’s office have become markedly more reticent to speak about the investigation. Prosecutors failed to respond to multiple calls, messages, and inquires made in person.

“It reinforces the notion that this is not a fully consolidated regime, that there are internal rivalries at play,” says Michael Wahid Hanna, a senior fellow at the Century Foundation in New York.

Nadim Houry, the deputy director of Human Rights Watch’s Middle East and North Africa division says,“This theory of a kidnapping gang rings false given what is known so far about Regeni’s disappearance and treatment and likely speaks to the fact that the Egyptian authorities are not used to answering hard questions about the possible crimes of their security forces, the likes of which they carry out on a regular basis against their own citizens.”

For now, no definitive account of Regeni’s murder has come to light. Egyptian and Italian investigators are continuing their work, and on Thursday Egyptian officials handed over 2,000 pages of documents related to the case at a highly anticipated meeting in Rome. Unlike that of so many Egyptians, Regeni’s murder is actually being investigated, if belatedly. But like that of so many Egyptians, that murder still remains unsolved. 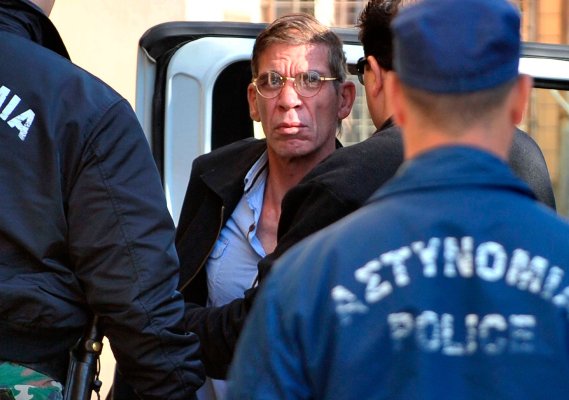