Back in October, Lena Dunham’s Lenny newsletter released a piece in which Jennifer Lawrence addressed Hollywood sexism. The essay, which specifically focused on the gender pay gap, quickly went viral, receiving both positive and negative reactions. Now, the 25-year-old actress is speaking out about the challenge of distancing herself from those who responded adversely to her opinions.

“I had no idea it was going to blow up like that,” she told Harpers Bazaar in a recent interview. “And I obviously only absorbed the negative. I didn’t pay any attention to the positive feedback. My parents get really upset. They do not like me speaking out about anything political because it’s hard to see your kid take criticism. But, really, people who criticized it are people who think women should not be paid the same as men. So I don’t really care what those people think.”

In Lenny, Lawrence wrote that she was “over trying to find the ‘adorable’ way to state my opinion and still be likable.” However, she explained that while she still stands by that statement, she thinks there are situations when pleasing people is the right move. “There’s nothing wrong with being a pleaser if you’re smart about it,” she said. “As long as you’re getting what’s fair. You know, I want my employers to be happy. I want to please anyone I’m working for as long as they pay me the appropriate amount. I’ll make them as happy as they want.” 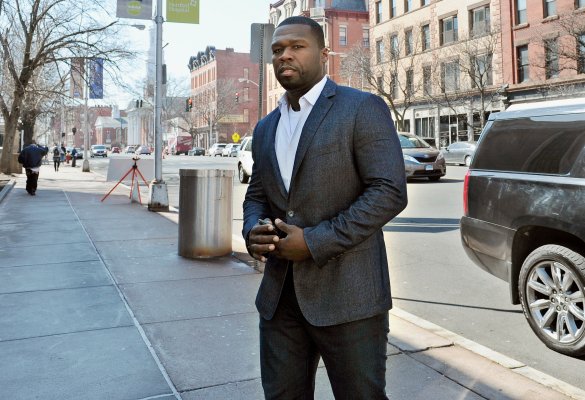 Judge Orders 50 Cent to Live Up to His Name
Next Up: Editor's Pick