The Next President of the Philippines Could Be 'the Punisher'

Rodrigo Duterte loves to shoot things. Soaring in a helicopter above the southern Philippines’ Mindanao Island, the straight-talking mayor of Davao City points to where he hunts wild boar in the rippling mountainside, and later shows off the trophy heads, rifles and ammunition that adorn his modest three-bedroom home. And he’s not averse to gunning down the odd kidnapper too. “About four months after I became mayor, a girl was grabbed on the street and thrown into the back of a van,” he tells TIME. “The kidnappers were supposed to collect a ransom at this house but drew their guns instead. I killed at least one of them.”

It’s crime-busting lore like this that has earned Duterte sobriquets like “the Punisher” and “Duterte Harry,” after Hollywood’s renegade cop played by Clint Eastwood. It has also propelled the 71-year-old former lawyer and prosecutor to be a top contender for the country’s May 9 presidential election.

Five candidates are vying to replace President Benigno Aquino III, who is constitutionally ineligible for re-election after a single six-year term. Leading the pack are Duterte and Senator Grace Poe, a foundling who was adopted by Fernando Poe, one of the Philippines’ best-loved movie stars. Lagging behind are Vice President Jejomar Binay, Aquino’s chosen successor Senator Mar Roxas and lastly Senator Miriam Defensor Santiago.

Duterte is running on a law-and-order ticket after transforming once lawless Davao into a thriving bastion of security. While his pledge to replicate this feat nationwide within six months has garnered a fanatical following among those voters, the national police chief recently described it as “only words.” Still, at a campaign rally in central Mindanao’s Malaybalay City, Duterte is mobbed by a frenzied sea of selfie-seeking arms; placards beseech Kiss Me, Mr. President as the thousands-strong crowd hypnotically chants his undeniably catchy three-syllable name. “We love Duterte because we want change,” says Elsie Gail, 57, a retired tourism official in Bukidnon province. “He’ll eliminate all the drug lords, criminals and corruption.”

Such sentiments can seem out of step with today’s Philippines—the Southeast Asian nation of 98 million is now more commonly lauded as a success story. GDP growth hovers at 6.5%, inflation is kept at a tidy 2% and the national coffers are relatively debt-free. “It’s completely got rid of the tag of the ‘sick man of Asia,’” says Gareth Leather, senior Asia analyst for the research firm Capital Economics.

The Philippines is also resurgent geopolitically. Aquino has been among the most assertive in standing up to Chinese territorial claims in the South China Sea (known locally as the West Philippine Sea), where the resource-rich Spratly Islands are claimed by both Manila and Beijing. Tension is building thanks to China’s ongoing militarization of offshore reefs—Aquino has lodged a complaint at the International Court of Arbitration in the Hague. In January the Philippine Supreme Court ratified the Enhanced Defense Cooperation Agreement that ramps up U.S. troop rotations on Philippine military bases.

Duterte says he would “definitely” push for a joint communiqué by the Association of Southeast Asian Nations condemning Chinese aggression in the waterway when the Philippines becomes bloc chair next year. However, his zero-tolerance approach to crime—he famously vowed to “hang criminals by clotheslines” and dump so many bodies in Manila Bay that “the fish grow fat”—does not extend to open conflict with the world’s most populous nation. “It would be a massacre; I will not waste my soldiers’ lives,” he says. “Instead I will face them myself: I will ride a jet ski out to the islands and plant a flag. And then see what they will do.”

If such bombast is the hallmark of Duterte’s campaign, that of his chief rival, Poe, is sober attention to detail. Driving into Asingan, a small hamlet four hours north of Manila, Poe noticed that the road was flanked by carpets of unhusked rice laid out to dry. She watched the wiry men raking the grains back and forth, helping the tropical sun do its work, always vigilant for the darkening skies and thunderclap that trigger a furious race to bag up their crop, lest it spoil in a sudden downpour.

Speaking to a crowd of 500 at the town’s sweltering sports hall, Poe, 48, outlined her proposal to dedicate 30% of the national budget to agriculture, pledging to provide proper rice-drying facilities for local farmers. “It’s only through new investments that we will be able to generate jobs for the youth,” she told TIME after the rally, also outlining policies such as free meals in schools, online permit applications to curb graft, and reducing corporate tax to boost foreign investment.

Poe wants to attract more entrepreneurs like Bryce Maddock. The California native has just opened the new Manila offices of TaskUs, the business process outsourcing (BPO) firm he co-founded that employs 5,000 Filipinos on behalf of international clients like Groupon and Tinder. Grime music blares over the steampunk decor chill-out area, where the largely millennial staff has access to free artisanal coffee and Japanese-style sleep pods. “We have tried 16 different countries but cannot function anywhere other than the Philippines,” says Maddock, citing the young, English-speaking population and close cultural ties with the U.S.

The BPO sector—critical for the Philippines—currently employs about 1 million workers. But that many young Filipinos enter the workforce every year, meaning the country must attract more low-skilled jobs. One possibility is drawing more foreign investment in manufacturing, which is shifting away from China because of its rising wages. Given that stability is paramount for multinationals, all the presidential candidates have vowed to maintain the same broad economic policies.

Yet there’s a disconnect between this budding affluence and the still empty bellies of the Philippine poor. Aquino’s hard-nosed approach to balancing the books has entailed underspending on public goods and services, and experts say the macro-level boom lacks inclusiveness. Manila’s glistening office towers sit cheek by jowl with squalid shanties, while farmers struggle with woeful infrastructure and the devastating effects of El Niño. Social care is practically nonexistent for those who cannot fend for themselves.

Twelve-year-old Princess Lyka Roque has never been to school. After her father went to jail, she found herself at Manila’s notorious Tondo rubbish dump, just a few kilometers from Malacañang Palace, the President’s official residence. Every day she and hundreds like her would brave the stench and swarming flies to sift through piles of fetid garbage looking for bottles, plastic or pieces of metal to sell. “Life was very chaotic,” she says, “I saw things a child should not see.”

No government agency ever helped Princess, who has only just started receiving an education thanks to the Bahay Tuluyan NGO, which rehabilitates street children. Yet with a quarter of the population living below the poverty line, thousands more slip through the cracks, forced by their circumstances into a life of vagrancy and petty crime to survive. This makes advocacy groups wary of a Duterte presidency. “We’re terrified,” says Catherine Scerri, who has worked for Bahay Tuluyan since 2003. “There’s no way he will tolerate what needs to be tolerated to get kids off the street.”

Human-rights groups allege that hundreds of suspected criminals have been extrajudicially “disappeared” as part of Duterte’s self-professed efforts to clean up Davao City, and that police “death squads” stalk felons across the sprawling coastal city. “From a human-rights perspective, it’s frightening,” says Carlos Conde, Philippines researcher for Human Rights Watch, about the prospect of a Duterte administration. “It drives me crazy that this guy gets the benefit of due process, but that he and his deaths squads have not given the same to suspected criminals.”

The official line is that vigilantes were responsible for these deaths, and Duterte tells TIME that his forces would only fire on criminals if they met violent resistance. He adds that he has never been convicted of any crime. Indeed, his attitude is unapologetic. When Amnesty International said he should be investigated for at least 700 suspicious deaths, his riposte on live TV was, “Seven hundred? They miscalculated. Around 1,700.”

By contrast, Duterte seems positively progressive about his nation’s decades-old Islamic insurgency in its restive south. Though the government has signed peace deals with the two main militias, splinter cells still wage a guerrilla war that has claimed some 120,000 lives since the 1970s. Duterte says the marginalized Moro Muslims should be given greater autonomy through federalism. This may also stem the appeal of terrorist outfits such as Abu Sayyaf and Jemaah Islamiyah. Even ISIS has been recruiting in the region. For the Islamist group, Duterte voices his usual, simple solution: “I would shoot them dead.” 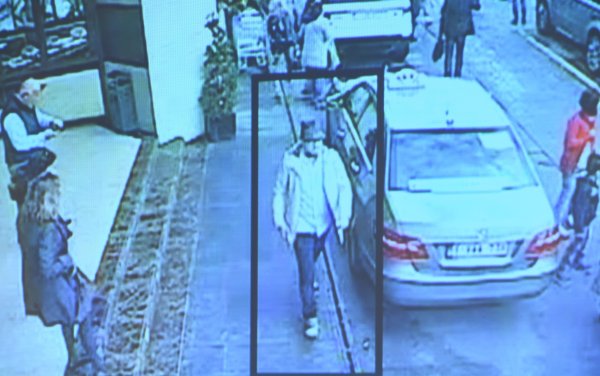 Belgian Police Launch Campaign to Find 'Man in Hat'
Next Up: Editor's Pick