Here's What the FBI's iPhone Hack Can Actually Do

The FBI has revealed what it can do with its iPhone crack. And it’s not much.

Speaking at Ohio’s Kenyon College, FBI Director James Comey said Wednesday that the “tool” his agency used to unlock the iPhone used by San Bernardino attacker Syed Farook is exceedingly limited in its scope. Indeed, the tool, which was bought from a third-party that Comey says he knows “a fair amount about,” will only work on an iPhone 5c running iOS 9.

“This doesn’t work on [an iPhone] 6s, doesn’t work in a 5s, and so we have a tool that works on a narrow slice of phones,” Comey said during a question-and-answer session with the university’s students and professors.

In other words, if Comey’s comments are correct, just a small slice of Apple smartphones are capable of being cracked with the tool his agency acquired. Anyone who owns other devices is safe from the FBI’s prying eyes.

Over the last couple of weeks, there has been some hysteria over what the FBI can and cannot do with the tool it used to crack the iPhone 5c used by Farook. Last month, the Justice Department dropped its case against Apple, requesting the company develop software that would allow the FBI access to Farook’s phone after it said it successfully used a tool provided it by an unidentified third party.

Since then, several reports have suggested that the FBI would try the same hack on other iPhones currently involved in investigations around the country. While the success rate on those attempts was unknown, it seemed as if it was open season on iPhones that might have been used for criminal purposes. And all the while, the FBI was keeping its technique close to the vest.

The FBI’s crack concerned Americans. In a Fortune poll conducted in tandem with partner Morning Consult between April 1 and 3, 49% of more than 2,000 registered voters across the U.S. said that they were now “more concerned” about their privacy following the FBI’s data hack. Just 14% of respondents said they were “less concerned.”

What’s more, the poll found that nearly a third of respondents were now “less likely” to buy an iPhone in light of the FBI’s ability to unlock Farook’s iPhone.

But Comey’s statements suggest that perhaps all that worry is overblown. If it’s indeed true that the tool the FBI used can only unlock an iPhone 5c running iOS 9, that’s an exceedingly small number of devices.

The iPhone 5c has been widely regarded as a flop. Indeed, the device, which launched in 2013 and was supposed to appeal to budget-conscious shoppers, had trouble gaining traction. In an earnings call following the iPhone 5c’s launch, even Apple CEO Tim Cook hinted that the device wasn’t so popular, saying that the company was surprised to find that far more customers wanted the iPhone 5s, which launched with the iPhone 5c. That caused a shortage of the popular iPhone 5s units and an overage of iPhone 5c stock.

While the iPhone 5c wasn’t discontinued until last year, its popularity didn’t soar after stumbling out of the gate. Apple has not commented on how many iPhone 5c units were sold or are currently in use, but in February, research firm Consumer Intelligence Research Partners said that there were a total of 110 million iPhones in use in the U.S. Over 80 million of those devices were iPhone 6 or iPhone 6s models. The iPhone 5c had a nominal share of the installed base of iPhones, accounting for less than 10 million units at the end of December 2015. What’s more, its slice of the market is continuing to fade as customers upgraded to new devices.

While the tool may work in certain cases, in the vast majority of devices the FBI could investigate it’ll fall short.

So surely the FBI will move forward with telling Apple how the tool works, right? Think again.

During his talk, Comey said that his agency hasn’t yet decided what to do.

“We tell Apple, then they’re going to fix it, then we’re back where we started from,” he said. “We may end up there, we just haven’t decided yet.”

Comey added that Apple likely won’t be able to get the information out of the third party, either. He said during his question-and-answer session that he trusts the third party he bought the tool from.

“I have a high degree of confidence that they are very good at protecting it, and their motivations align with ours,” he said.

The motivation not to tell Apple might have something to do with issues inside the U.S. government. In a separate interview on campus, Comey added that prior to going to Apple, the FBI asked all U.S. government departments for help in finding a fix. No one had an answer. 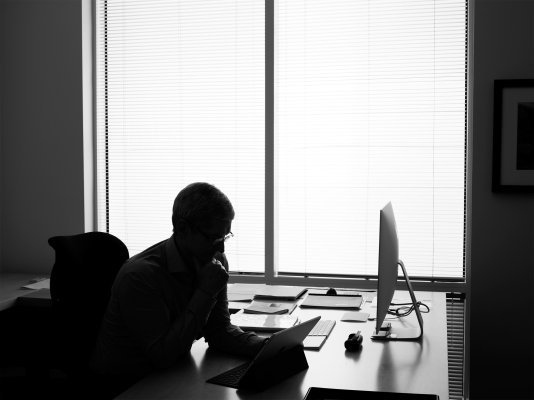 iPhone Debate Ends in Stalemate
Next Up: Editor's Pick