Does This Mysterious Video Show a 'Monster' in the Thames?

A short Youtube video titled “Mysterious Giant Creature/Object in the Thames” has sparked widespread curiosity over what the mass gliding through the water could be.

The video shows a dark object surface momentarily in the river, as viewed from a cable car in Greenwich by the uploader, with the username Penn Plate. The clip, uploaded last week, had received over 2 million views on YouTube as of Thursday morning.

People have floated a number of theories. There’s the mundane, but relatively exciting: the video could show a whale, as a number of dead whales have appeared in the Thames in recent years. Or it could be two dolphins or seals, swimming in tandem.

Then there are more unlikely possibilities, such as the Loch Ness Monster swimming the very indirect route from Scotland into the Thames.

Of course, many dismiss the video as a hoax. The video did, after all, fail to remain trained on the “monster” for more than a brief moment. And the video uploader licensed the video to Newsflare, which sells the video to media organizations and directs a portion of the profit to the original owner.

Whatever the case, the video has already proved big for business in London: Thames river tour organizations have reported a spike in tourist customers eager to see the creature for themselves. 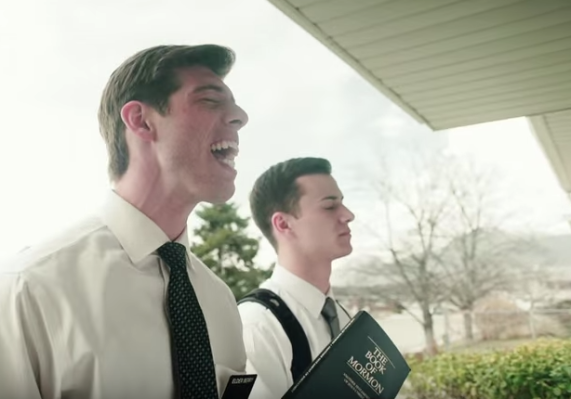 Watch Mormons Poke Fun at Missionaries in This Parody of Adele's 'Hello'
Next Up: Editor's Pick